Opinion – They Should Bring Back: The Saboteur

This look back at The Saboteur was written by our work experience intern Paddy Inniss.

The Saboteur: burlesque dancers, Nazis, sabotage and a stereotypical Irish caricature for a protagonist. Doesn’t sound familiar? That’s not too surprising. Released in 2009 to mostly positive reviews, Pandemic Studios’ final game was overshadowed by some of gaming’s greatest. That same year gave us games like; Modern Warfare 2, Uncharted 2, Assassins Creed 2, Batman Arkham Asylum and more – it’s understandable if this game flew under your radar. Unfortunately, its failure to make a mark also resulted in the shuttering of a remarkably talented studio.

Back when the backward compatibility phase of Xbox One was an active force, I was one of the very few people calling for this game to be added. A simple BC job isn’t enough anymore; a full remake of this game is necessary to pristinely present a reinvigorated game that never dialled back on scope, no matter how demanding it was on the generation of consoles at the time.

But what is The Saboteur? Essentially, it’s the video game version of Quentin Tarintino’s Inglorious Basta*ds, albeit with a more light-hearted sensibility.

You play as Sean Devlin, a mechanic and racecar driver who, after a brutal personal confrontation with Nazi Colonel Dierker, finds himself stuck as Germany begin to invade France. You manage to escape Nazi capture by hiding in the back of a cabaret club only to emerge to a world no one recognises. Long gone is the colourful and lively City of Love, replaced by the Occupied force of hate of Nazi-occupied Paris.

It’s not long until Sean gets approached by resistance leader Luc Gaudin who tasks you with dispatching of high ranking Nazis and destroying nearby operations. Once Sean joins the resistance, he puts aside his usual collection of whisky bottles, instead focusing on revenge and rebellion.

The titular mechanic, sabotaging, is key simulating the experience of being The Saboteur. While being held together by a dry bones plot, you’re given the fun-fliled job of making things difficult for the Nazi regime; anything from freeing POWs or climbing to the top of a church to snipe a Nazi informant.

Most importantly, you get to blow things up and The Saboteur definitely does not skimp out on the amount of explosions and fire, especially when it comes to its myriad set pieces. The aforementioned set pieces are grand spectacles for a AA game, especially one that’s over a decade old.

It’s hard to describe the pure excitement and awe as you zipwire straight through the middle of Zeplin mid-flight that you set alight. It’s preposterously unique and holds its own as one of my favorite gaming moments from 2009 – the same year as Uncharted 2’s train set-piece.

To be able to share that opportunity with others 11 years later would be epic. The raw power from the latest consoles and engine iterations – and upcoming technologies like Xbox Series X and PlayStation 5 – are able to create the explosions and particle effects truly deserving of the name. With today’s technology and power you could have explosions and fireballs to rival Just Cause 4; you could really blow those Nazi scum away!

Of course, to properly bring Pandemic’s fantastic espionage joyride back for modern audiences, a few upgrades will have to be taken into account. For starters, there’s the graphical presentation: while The Saboteur still looks striking – areas in Nazo occupation are displayed in black and white to reflect the denizens’ hopelessness, the only source of colour comes from lights, blood, people’s eyes and that dreaded red of Nazi flags – it does have its graphical shortcomings.

The original game’s cut scenes were pre-rendered in 720p and upscaling those onto modern 4K displays is going to look grimier than a communal park toilet – the Men’s toilet at that. Much like with Halo 2: Anniversary, cutscenes should be completely redone and, if they could be done anywhere near as nice as that game did, they could really shine. The current cutscenes have their charm, but they do show their age, especially since animated models look like they’re made of clay. However, one thing that cannot be changed under any circumstances is the very stereotypical Irish accent done for Sean. It is so over the top and insane, but removing it would be like removing the spirit of the game.

However, there are specific aspects of the look of The Saboteur that can’t be replaced. The Odin Engine, Pandemic’s in-house technology, featured a gorgeous dynamic lightning system that had objects form shadows from multiple lights sources and real time reflections. Fog, rain and lightning were all rendered in real time, combining like a magic ritual to provide a sense of gloom whenever needed. We’ve seen fantastic weather effects as of late – Gears of War 4 and Gears 5 both feature gorgeous displays of simulated weather. Now that I think of it, Unreal Engine 4 is a fantastic fit. 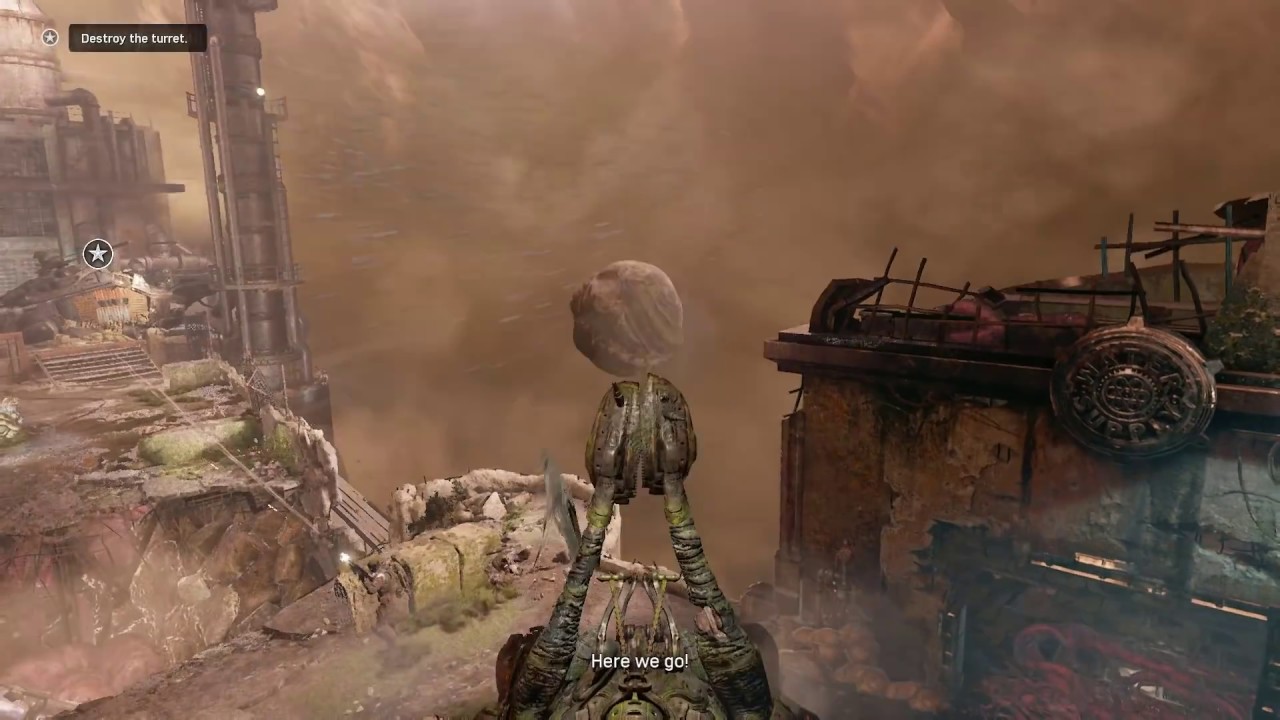 Of course, the most important aspect of playing a game is experiencing its unique systems that only that game can provide. Despite being over a decade old, The Saboteur still offers unique gameplay mechanics and situations. For example, The Saboteur’s streamlined free running mechanic allowed players to traverse a more modern version of Paris – just imagining this game’s carefully constructed map with visuals as rich as Assassin’s Creed Unity is making me drool – and parkour would meld with the game’s Hitman-lite stealth system to create fantastic emergent sandbox excitement like no other.

Bringing this game back would probably require a very minor improvement in the stealth department though. While, I thin,k that the original game handled stealth amazingly, there were suppressed weapons that you could get away with using for the entire game. Stealth takedowns, which if carried out properly, would mean you could take a Nazi uniform and use it as a disguise. Once in disguise, the minimap spawns a detection ring and, if enemies get within that ring, they will begin to see through your disguise and your presence will be alerted to all nearby soldiers.

Most of your failure could be attributed to the game’s wonky cover and movement system, an aspect that should be refined the game’s imagined return. While The Saboteur did feature a crouch button for sneaking around but it didn’t always work when it came to sticking to cover in order to disappear out of sight quickly. If Sean automatically went into a lower stance upon entering restricted areas but you could press a button to snap to cover – or even a great auto cover option like Splinter Cell Blacklist or Metal Gear Solid V– it would feel much smoother and you wouldn’t be spotted anywhere near as much because Sean decided to slip from his lovely wall.

The only true fault I’ve ever had with The Saboteur is the same problem everyone has with The Saboteur: driving. It’s true, the fantastically realized world of The Saboteur grants you access to some truly beautiful cars and vehicles. Cars are an important aspect of Shaun’s character, being a race car driver and all that. With that said, you would think that players would have impeccable control over vehicles in the game but despite what you may think, the driving does leave some to be desired.

For starters, civilian cars handle the exact same way as the race cars with the only discernible difference being their speed. The cars feel very heavy and the turns are hard to make without using the handbrake, but this is a skill within itself. There is a correct ratio between braking, turning and accelerating. I have over 200 hours into this game across both console versions and there are times where even I misjudge a corner and come to a dead stop because I crashed into the skinniest of trees or a bollard.

If you thought cars were bad, The Saboteur also includes motorbikes and sidecars that were in need of a complete overhaul back when the game released, let alone now. Braking is terrible and they have a turning circle as wide as a Paris motorway. Paired with the structural stability of a wet deck of cards, they also blow up incredibly easy. When you crash into a wall and you inevitably will, even at 10mph, BOOM! You’re dead and suddenly back at the next checkpoint. Driving in open world games can either make or break them and the current system does no favours for players. You would swear Sean’s drunkenness actually translated into the mechanics of the game. 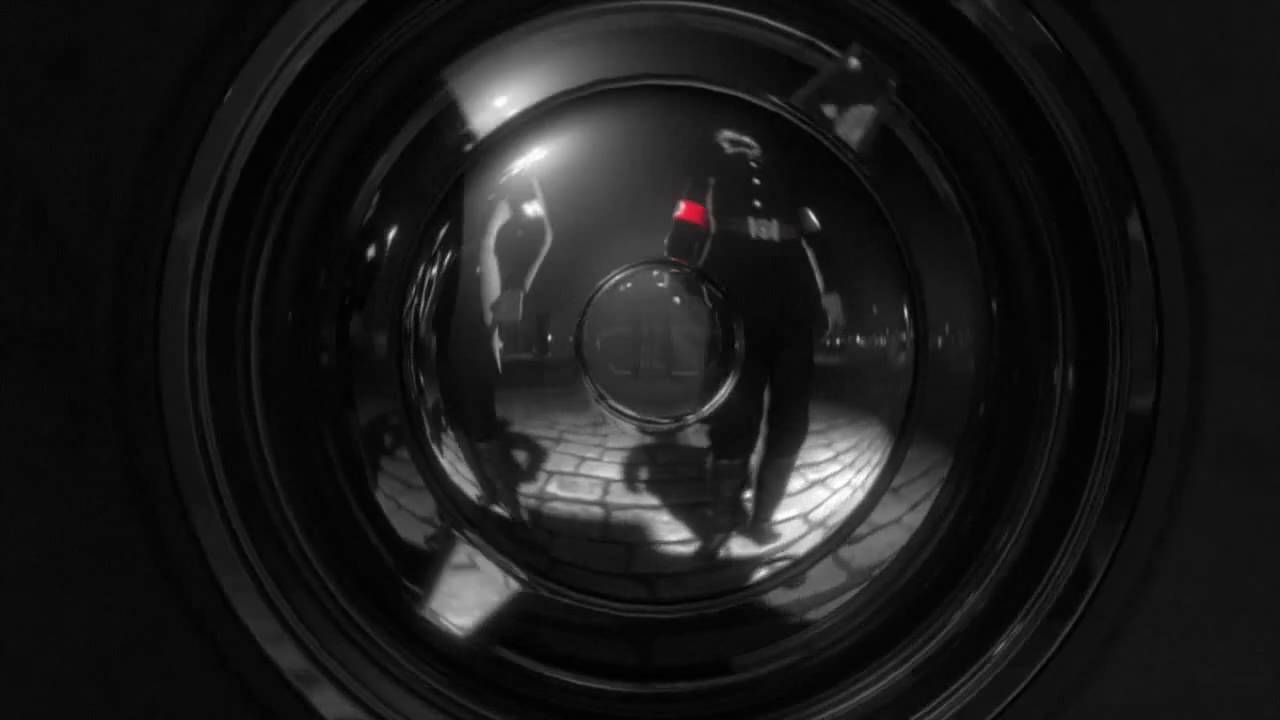 The Saboteur, like any masterpiece, has suffered slightly over the ages (11 years to be precise). Even lesser known pieces of art deserve touch ups and restorations. (Seriously, they brought back Devil May Cry 2, ugh!) I fully believe that The Saboteur provided an immersive, exhilarating, living and breathing world that deserves the remake treatment. If not a remake, please just let it come to current consoles due to some kind of backwards compatibility; Microsoft’s plans for Series X back compat would be a small realisation of a big dream I’ve had for years.