At the Surface Event, Microsoft confirmed the RTM build of Windows 10 October Update following which the update was made available for the public. While Microsoft has planned a phased rollout, users have started getting the October Update.

One of the highlighted features of the new update is Your Phone. The app will allow users to sync their Notifications (under development), Messages and Photos directly from Android/iOS to Windows 10 PC. This will allow them to transfer photos or send messages without touching their smartphones. The feature looks to be a hit as Your Phone Companion App is #1 trending app on the Google Play Store.

The #YourPhone companion app is now the #1 trending app in the Google Play app store! So exciting to see the enthusiasm for cross device experiences. Thank you to our fans! pic.twitter.com/t7ydEREdQX

The app allows users to establish a connection with Windows 10 and your messages, photos and more. The app currently has over 5 million downloads and has an overall rating of 4.3. If you have just installed Windows 10 October Update then make sure to check out Your Phone app. You can also check out our hands-on with the app to know more. 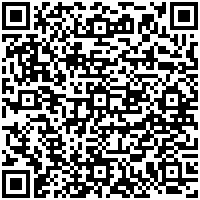