Xiaomi seems to be very ambitious about foldable smartphones, like all the major smartphone manufacturers. The company recently filed a patent(published by China National Intellectual Property Administration), which talks about a clamshell foldable smartphone, similar to Motorola’s RAZR foldable phone.

Now based on the previous patent, folks at WindowsUnited have produced a 360-degree video and high resolution render images, giving us some ideas about what Xiaomi’s clamshell foldable phone could look like.

In Xiaomi’s yet-to-be-announced RAZR-like foldable phone, you can see a rectangular screen at the front, and at the back, there is a dual-camera setup. Taking selfies with the smartphone will require you to unfold the device as the selfie camera is going to be located on the upper bezel in the interior. 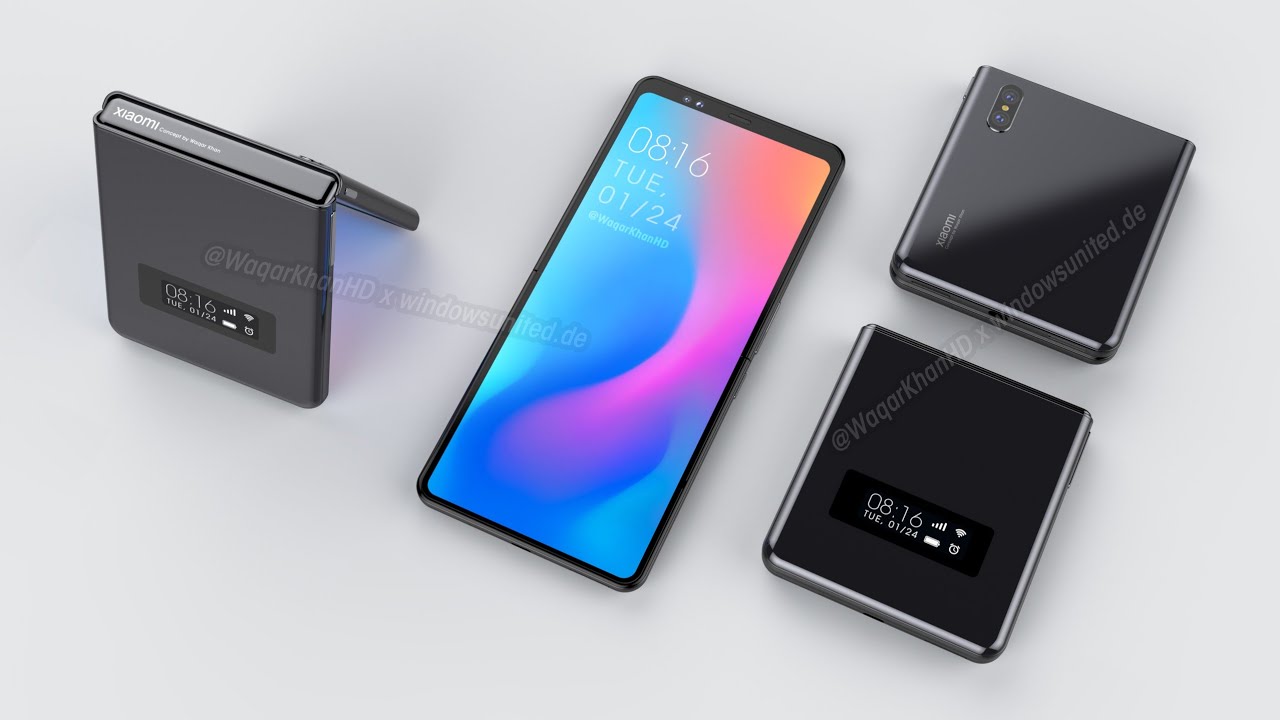 Just for a quick refresher, Xiaomi posted a 10-second teaser in early 2019, giving us a few glimpses of what its foldable smartphone might look like. The device folds inwards from both the left and right side, producing a compact sandwich which passably resembles a phone, especially with the power button on top.

Aside from Xiaomi, Samsung too, is working on a foldable clamshell smartphone and as per sources, it is going to launch the device at Mobile World Congress 2020.