Kevin Fox on his Fury.com blog has written a very interesting editorial today, entitled “Is Microsoft trying to end the reign of mobile carriers? (MSFT+Skype+Nokia)“.

In it, Kevin describes all of the recent acquisitions and deals Microsoft has made which puts them in a very unique position to introduce some independence from the mobile carriers.Â  He also describes how Google and Apple could easily be in a similar position.

Here is a snippet:

Are Microsoft, Apple and Google quietly preparing for war with mobile carriers? I think so.

With all the advancements made to mobile phones in the past ten years, the part thatâ€™s been woefully slow to improve is the act of calling. Making calls, placing calls, searching for signal and scrimping minutes hasnâ€™t changed much since the mobile phone came out, because carriers have little incentive to innovate. Mobile carriers make their money either way, and â€˜innovationâ€™ comes down to increasing the bottom line, whether itâ€™s charging $1,300/megabyte for text messages or adding 20 seconds of instructions on how to leave a voicemail so that the carrier might get an extra minuteâ€™s revenue.

If technology or product companies were in control of the full telecom stack, youâ€™d be able to get caller ID data for incoming cellphone calls. Youâ€™d be able to see someoneâ€™s availability before you call them, and that availability could be controlled by the user or automatically by time of day, location, current calling status (â€œKevin is currently on the phone.â€) Youâ€™d see robust competition producing a hundred other innovations to make calling a reasonable mode of communications again.

The article gets MUCH more interesting.Â  Click HERE to read the rest.Â  After you’ve read it, let us know what you think of his article in the comments below. 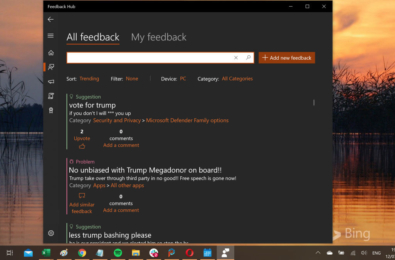