A mysterious new game called Miami Street unexpectedly showed up on the Microsoft Store recently. A lot of questions lingered as it didn’t receive a huge announcement, though it was officially revealed on developer Electric Square’s own website. A lot of people will find that they can’t download the game at all yet, but it actually has released in certain territories.

One MSPoweruser reader who was kind enough to send us a tip (thanks Zain) noted that it was possible to download the game by changing your store region to the Netherlands.  I was able to replicate the trick myself, and other websites like Destructoid and Eurogamer have also reported that Miami Street received a soft launch, releasing into select territories but not worldwide just yet. The United States happens to be one region where the game is unavailable as of right now.

Miami Street is only available on PC, but it interestingly shows signs that it could have been developed for the rumored Surface Phone/Tablet in mind. Discovered by Windows Central, the app’s metadata package notes that Miami Street targets “Andromeda OS” in addition to Windows 10. The rumored device is believed to be built around Andromeda OS.

Those wanting to try out Miami Street for themselves will find that it is a free-to-play game, so you’re not losing anything if it’s disappointing. From gameplay that people have captured, it isn’t exactly impressive, but it could be a fun title for the right audience on the right device.

Let us know what you think of the game if you’ve been able to play and if you believe it could actually be related to the Surface Phone somehow. 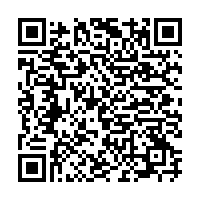