Doom 3’s original creator, John Carmack, once created his own prototype Doom 3 VR. This new fully-fledged version has come along way from that.

With the release of PSVR’s Doom 3 VR on the horizon, John Carmack has spoken about what he thinks of it, thanks to diligent interviewing by our former editor Lewis White.

Despite a prototype of Doom 3 in VR once being his own creation, Carmack told Lewis “I’m not well informed on the project, but I’m happy it exists!” in their chat for Stealth Optional.

In spite of releasing onto the less than stellar hardware of the PSVR headset, Carmack assured Lewis that “It should be more than sufficient.” Which says a lot about expectations for either the game and or its headset.

It’s been a long nine years since John Carmack’s initial prototype for Doom 3 VR was shown off at E3 2012. Long before the days of hand tracking, the early demo was still played on a controller, with the headset merely controlling the camera.

“I did feel really bad about the fact that I had pseudo-promised Doom 3 for the Rift when I was first talking about it, and now the fact that it didn’t get released, I felt personally uncomfortable with how that turned out. I wish I could be doing that, but I do not have the time now.” Carmack told Wired in a 2013 interview. 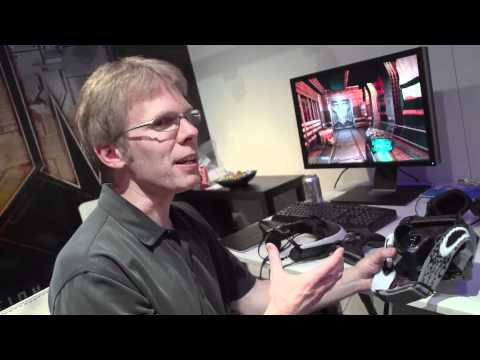 While Carmack may not have had the time, Bethesda certainly has, with Doom 3 VR Edition set to launch on March 29th.