We reported earlier that after a recent update for Instagram for Windows, which brought a number of small features such as threaded comments, the UWP app was no longer available for Windows Phone. It was speculated then that the app was recompiled with the latest SDK which does not support Microsoft’s legacy smartphone OS.

Now, according to reports, the app is once again available for Windows Phone users to download, useful if they have reset and cleared their device for some reason.

There is a small catch, however – the app is v10.1096.22713.0, the same build as last year, and it appears the Instagram team has been told it is possible to serve a different APPX to different operating systems even from the same download listing.

The Windows Phone app will of course not have any of the latest features, but they were rather small in any case, and this would at least prevent Windows Phone users from side-loading the APPX from dubious sources.

Ultimately, of course, this event is another signal of the rapidly fading app support for Windows Phone, and we recommend our users still on the OS start looking at alternatives before rather than after their favourite app disappears.

Find the app in the store here. 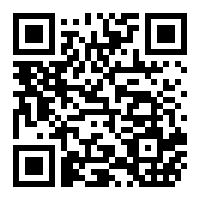