When it comes to the real-time strategy genre, there’s usually one core scenario to be found – war. Whether it’s an intergalactic feud between humans and bug-like aliens or even just a good old historical reenactment, fans of RTS gaming will often experience the same situational flavour between titles. There are, however, occasionally titles like Desperados 3, which swaps out bannermen and resource management for some good old rootin’ tootin’ RTS shootin’. You’d be forgiven for not being aware of Desperados, especially since its predecessor was released 14 years ago, yet this sequel-cum-prequel might just be enough to reignite interest in this alternative strategy experience.

Desperados 3 is an origin tale of sorts that peers into protagonist John Cooper’s past. While Cooper himself has about as much originality as a stock cowboy image from a clip art site, his story acts as a reason to get five eclectic rag-tag outlaws together for a 30-hour tale of revenge. Desperado’s 3 is a prequel so its narrative is completely accessible to newcomers, with characters and worldbuilding being introduced appropriately – a smart move for a series that’s been dormant for over a decade. While the context to this cowboy caper might not act as a barrier, some very specific mechanics within Desperados 3 might make things a bit of a side-saddled ride.

Just like similar RTS experiences such as Commandos or Mimimi Games’ Shadow Tactics, Desperados 3 is a slow-burning stealth experience with success hinging on careful planning, observation and execution. You’ll spend more time scoping out enemies on the map and keeping note of what path they take than letting loose like Yosemite Sam, which makes sense considering the game’s genre. Each character has their own traits and abilities, which can be used in conjunction with satisfying results.

While Cooper’s character might be as bland as water casserole, his abilities make slightly more interesting. Sure, he has two pistols and a stetson, but his ability to throw his knife from afar, or toss a coin to disrupt and confuse, make for some shenanigans when taking down enemies. Similarly, his companions feed into the games playful takedown methods, with each member having their own take on enemy interaction.

Doc McCoy’s name might suggest he has a duty of care, yet his primary role in this gang is to poison enemies, through injection or his trap bag, or snipe those that are out of reach of his caring hands with his rifle. Hector, on the other hand, is a brute of a man, turning his opponents into strawberry jam via shotgun, axe and bear trap. In contrast to Hector’s barbaric tactics, fellow comrade Kate O’Hara is the group’s femme fatale, luring thirsty bandits to their natural end. Each party member can be used creatively as the player sees fit, with abilities complementing each other in the way you’d expect. Yet, it’s with the game’s latecomer, Isabelle Moreau, that things really start to get interesting.

Hailing from New Orleans, Isabelle wields the power of voodoo, allowing her to inhabit the minds of enemies and persuade them to bite the dust. She can also link the mortality of any NPCs together, meaning that they’ll share the same fate. This adds a whole new element to strategically dealing with enemies, as it means that Isabelle can implement a ‘two birds, one stone’ approach to her purge. It’d be hard to argue against Isabelle being the most interesting character, both in terms of design and ability, especially since she is also accompanied by her adorable cat, Stella, who also just so happens to be good at distracting your foes. When the talents of all five members come together, it makes for a bedazzling array of death, destruction and infiltration, providing you can pull it off.

Mechanically speaking, the game functions like most RTS affairs – clicking on a map and using abilities with cooldown periods being the norm. There are, however, two crucial elements to success that if not adopted, can lead to a frustrating experience – multi-tasking and patience. During each level, the player can pause events, sort of like a fight scene from a Guy Richie film, in order to queue what each character is going to do. This means that you can execute each command at the same time at the press of a button, either leading to a satisfying few seconds of triumph, or proverbial excrement hitting the fan. No matter the outcome, there’s also the option to quick save and load instantly, meaning unlike with real life, our regrets can be reverted momentarily.

Each mission has a bunch of objectives to achieve, with a band of enemies standing in your way, littered across the map. The game provides players with creative freedom in terms of how to deal with assailants, yet occasionally will confuse situations with its own rule-set. Just as you’d expect, leaving corpses lying around isn’t good news for keeping enemies off your back, with each kill requiring a certain amount of clean up. Characters can pick up bodies and place them in bushes, down wells and generally out of sight of their still-living colleagues. Occasionally, however, it would seem that enemies would inexplicably be able to spot their dead friends, even if the bodies weren’t in their line of sight.

Analysing what your opponents can see is another key element of success within Desperados 3, as your character can cause alarm if found within enemy gaze. This is portrayed by each adversary having a visual cone, which will turn from green to yellow and red respectively, with yellow highlighting suspicion and red being that they’re alerted to your presence. This is another mechanic that occasionally decides to skip outside its own rules, as instances will occur when they’ll randomly decide to look in your direction, despite players being outside of their visual cone. Whether this was a user error or something that just needs tweaking, it could prove frustrating when you’ve spent time previously spying on enemy activity.

Blood, guts and deception aside, Desperados 3 is a gorgeous detailing of the old west. Each environment is an intricate playset that feeds on its environmental tropes. Zooming into each element of the map, whether it’s inside a saloon or an enemy camp, feels like peering into a miniature world brought to life. Desperados 3’s presentation feels like what you’d imagine while playing with your toys as a kid, which might some juvenile, yet is exactly what developers should hope to achieve with this format of game. Drawing on this element of imagination is exactly the kind of immersion required to enjoy an RTS game of this calibre, with Desperados 3 doing a lot of the visual work for you. 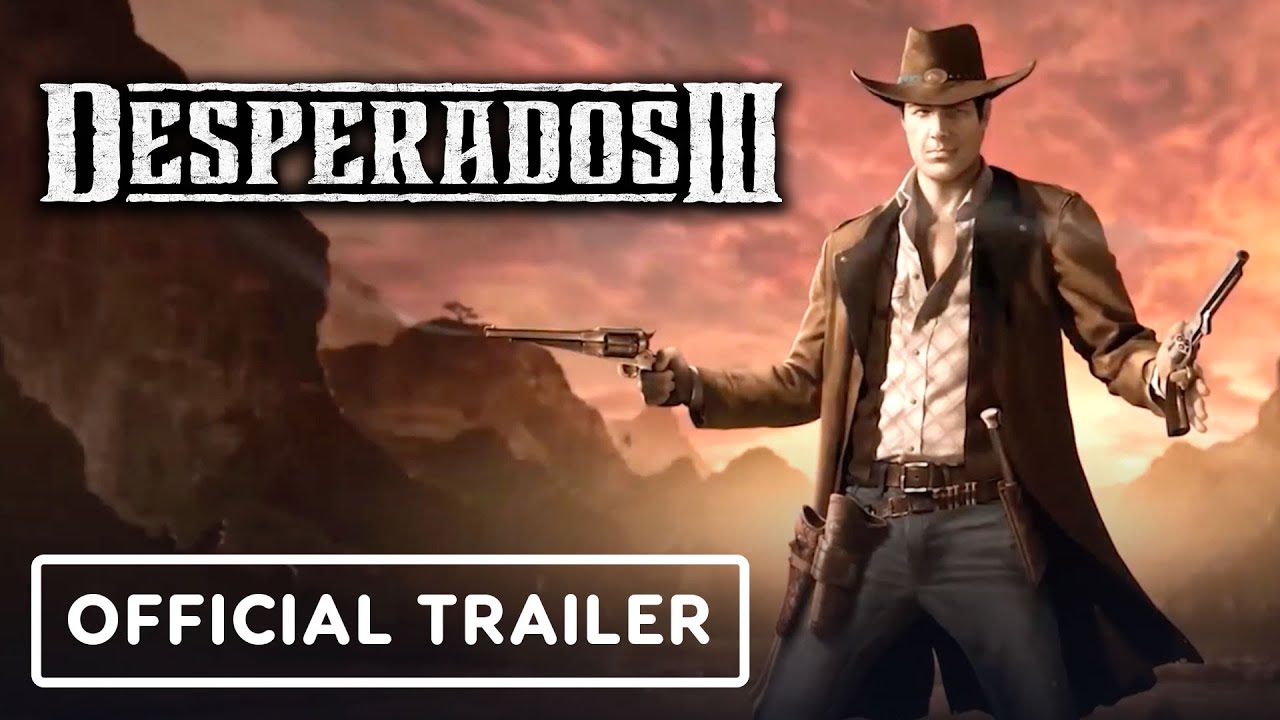 RTS games aren’t for everyone, with the same applying to Desperados 3. This wild west adventure, however, gives players a lot of reasons to try out the genre, even despite its sometimes fastidious rule set. The better you get at coordinating your team and swiftly completing objectives, the more fun you’ll have as you progress through the dusty trail this game has to offer. It might take a boot full of patience and a reoccurring sense of Deja Vu, but the experience within Desperados 3 is fun and rewarding, cementing its right to be the first thing that comes up when typing ‘cowboy strategy game’ into a search engine.