Every week numerous games release on Xbox One. While many are substantial experiences like Injustice 2 and Tekken 7, there are a few hidden gems here and there. Many of these smaller games have either caught the public’s eye or are just stellar titles which all Xbox One owners should try out. This week we’re going to be discussing Masquerada: Songs and Shadows, Pillars of Eternity: Complete Edition, and Shadow Tactics: Blades of the Shogun. All of these titles are unique in their own way so be sure to dig a little deeper about each one if you get the chance.

Masquerada: Songs and Shadows is a single-player tactical game set in a Renaissance-styled city of magic. Basically you have to topple a dictator wearing a fancy mask. Real-time combat is at the heart of the experience and mastering elemental combos is the way to go. Aside from the fast-paced combat, the visuals stand out the most. The graphics are hand-drawn and look absolutely stunning! Another surprise is how great the voice acting is. Even though Masquerada: Songs and Shadows is from a small team, the quality of the voice work is second to none. However, there are some issues though. As great as the story is, the progression system is a bit strange and feels dated. For example, you have to interact with glowing waypoints in order to take the game along. Rather strange, no? I would’ve preferred a more natural or continuous interaction. Despite feeling a little disjointed due to this design decision, Masquerada: Songs and Shadows is a great game you will like if you’re into titles like Diablo III and Torment: Tides of Numenera.

Pillars of Eternity is the ultimate role-playing experience on PC. The game has garnered numerous awards and is regarded as a modern classic. The story is meaningful, the voice work is exemplary, and the environments are old-school yet breathtaking. You’ll be in awe when you go to your stronghold for the first time and explore its depths. For those of you who don’t know, Pillars of Eternity was created by Fallout: New Vegas’ Obsidian Entertainment. They’re absolute masters of the genre and it shows. Paradox Arctic adapted the game for consoles which lets you directly control your party using the thumbsticks. Pillars of Eternity: Complete Edition includes all of the add-ons and it’ll take you over 100 hours to finish. The biggest challenge has to be the maze underneath Caed Nua because it has dragons and other beasts you’ll need to conquer. It’s not all great news though. Despite how good the game is, it’s not perfect on Xbox One. There are many stutters and the loading times are a little longer than I would have liked. The developers need to fix the frame rate because it’s the only detriment to this fantastic experience. However, it doesn’t really take away from gameplay so I would still recommend Pillars of Eternity: Complete Edition to all Xbox One owners. It’s a must-buy because the story and aesthetics are just that good. It’s one of the best games I’ve ever played on the console.

Shadow Tactics: Blades of the Shogun 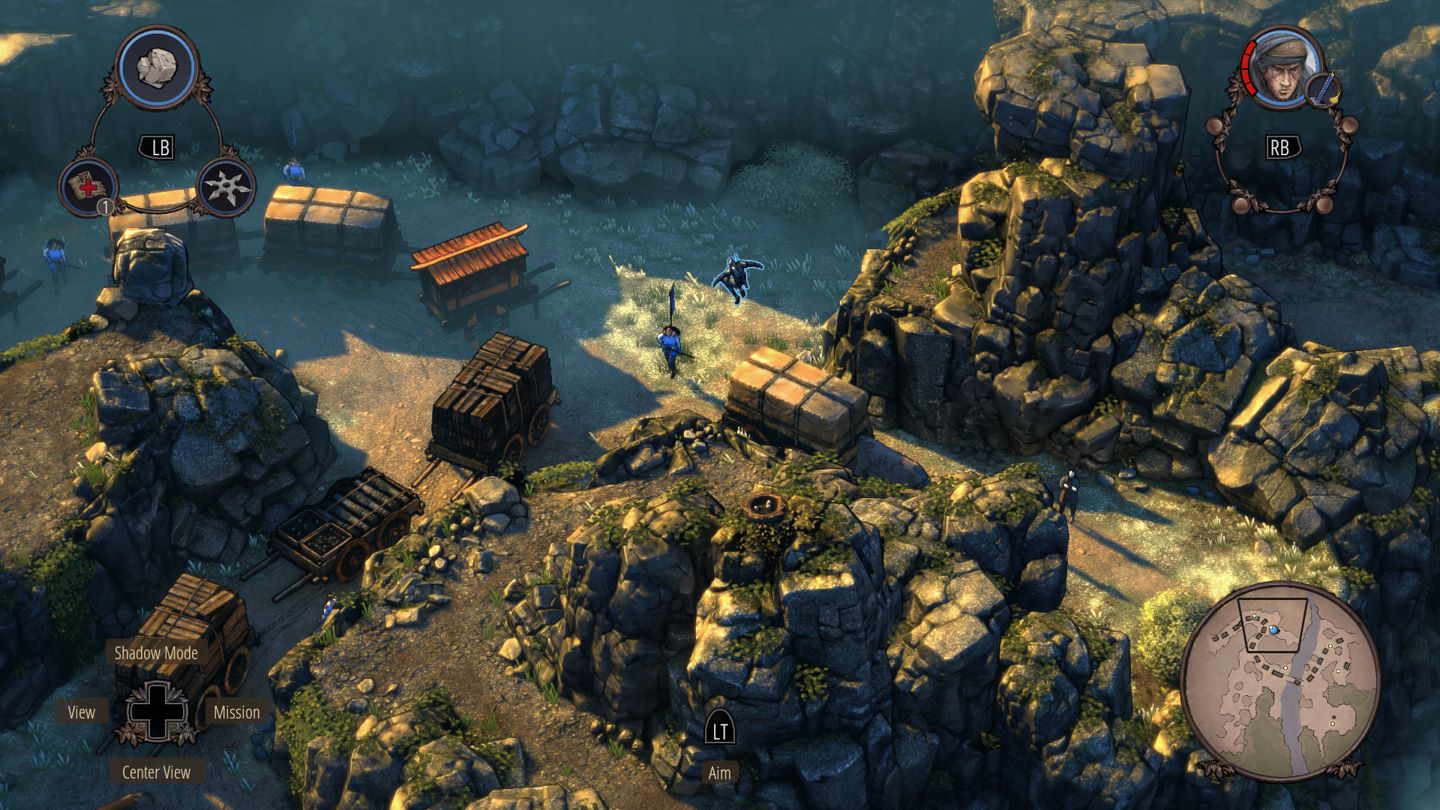 Shadow Tactics: Blades of the Shogun is a tactical stealth game set in period Japan. During the course of the rather lengthy campaign, you take control of a team of specialists and sneak around countless enemies. You can be lethal or just knock foes out during your missions. It’s up to you! Shadow Tactics: Blades of the Shogun has a lot of variety when it comes to its environments. You’ll explore nightly castles, snow-covered monasteries, and hidden forests. The player doesn’t have to rely on killing one enemy at a time though. You can set traps and wreck all sorts of havoc if you plan your strategy well. One of the leaders of this team is Hayato, an agile ninja, who clears the way through his enemies silently with his sword and throwing star. Samurai Mugen prefers a more blunt approach and can defeat more enemies at a time. There are other characters too who are skilled in camouflage. While the game is great, it only runs at 30 FPS on Xbox One and this can be problematic when you’re trying to escape if spotted. I also noticed some animation problems and minor stutters. I would’ve liked to see a smoother presentation because sometimes the action can get quite hectic. All in all though, Shadow Tactics: Blades of the Shogun looks and runs great on Xbox One. If you’re into stealth games—and loved the Commando games growing up—this is the title for you.

If you’re going to pick up one of these games, we would recommend Pillars of Eternity: Complete Edition. It’s definitely the most expansive experience of of them all. To be honest, you can’t go wrong with any of these games. They all appeal to different types of gamers and this selection has a title for everyone. Buy all of them if you can because they’re all worthy.