During AMD’s Computex 2022 Keynote, Corsair took to the stage to announce its very first gaming laptop, the Corsair Voyager.

Borrowing its name from the company’s range of rugged USB flash drives, the Voyager is dubbed as not just a gaming laptop from Corsair, as it also boasts “advanced content creation capabilities” thanks to a helping hand from streaming giant Elgato.

Alongside the dedicated streaming features of a 1080p HD webcam and ambient noise-canceling microphone array, the Corsair Voyager also features a “built-in macro bar with center LCD display” just above the keyboard so gamers and content creators alike can set up macros to simplify whatever they’re doing on the RGB coated laptop.

To go along with all the novel streaming focused features, the Corsair Voyager also packs a good deal of performance into its fairly slim frame thanks to the AMD Advantage program which has the Voyager exclusively running “the latest Ryzen processors and Radeon graphics, enabled with the entire family of Smart technologies.”

This means that the Corsair Voyager will be equipped with both Ryzen 6000-series processors and AMD Radeon RX 6000 series graphics cards, which should be more than powerful enough to run games on the 16” 2560×1600 QHD+ IPS display. 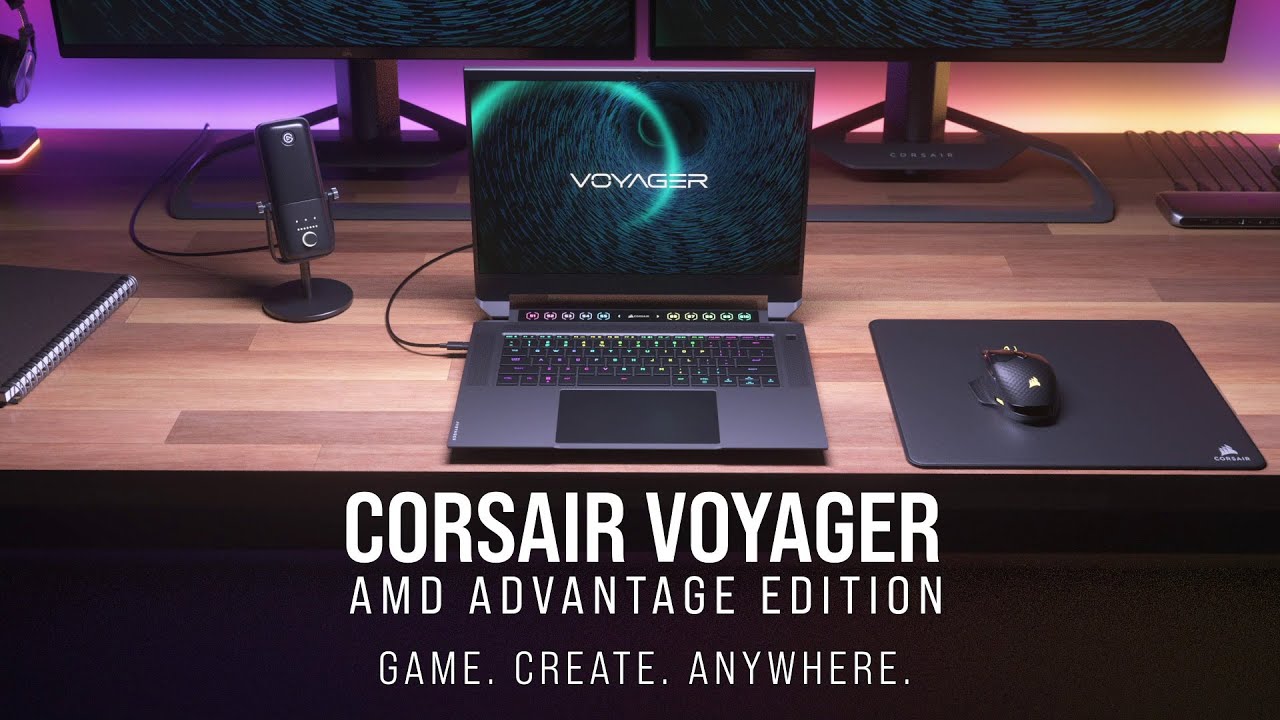 Currently, the Corsair Voyager is scheduled to release sometime this summer via Corsair’s website and even Origin PC, which will offer somewhat customizable versions of the Voyager.