According to prolific dataminer Shrugtal, Apex Legends’ upcoming Season 11 may well include a tropic island map with alien plant life.

Files referring to a potential tropic island map have been included in Apex Legends since all the way back in August of 2020, but with the recent Season 10 update, dataminers have noticed an increase in references to this tropical setting.

Throughout Shrugtal’s video, which details many of his discoveries, he reveals assets and sounds from within the game’s files which point towards this new map’s setting, such as marginally different Trident vehicles which are partially covered in mud as opposed to looking perfectly spic and span as they do on Olympus.

On top of the confirmation of vehicles for the map, many details point towards it being set on “Gaea” which is home to a race of hostile arachnids which could bring in a constant PvE threat. Alongside the possibility of spiders, Shrugtal also uncovered sound files relating to alien plant life with flesh hit sounds, so they may also be a threat throughout levels. 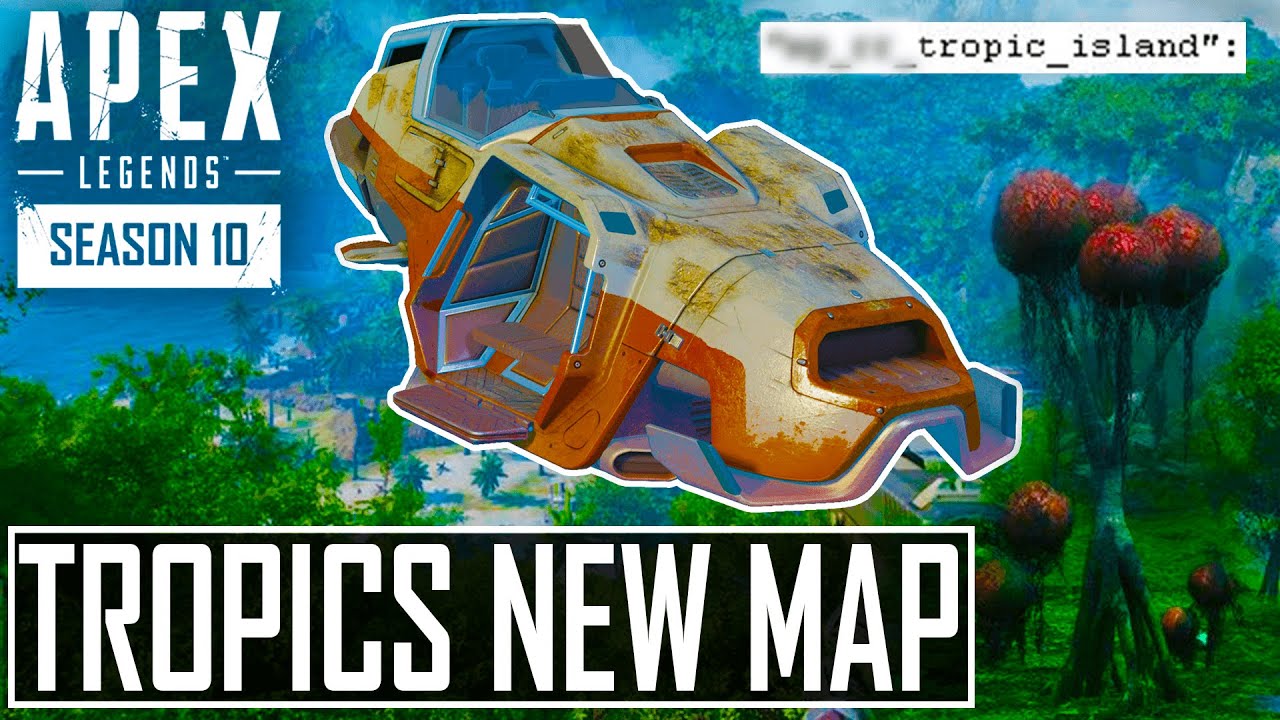 It’s currently expected that this map, potentially called “Tropics” is going to be launched as part of Season 11, which is still some way off yet. With seasons usually lasting four months, and Apex Legends’ Season 10 having launched earlier this month with a new Legend, Seer, it’s likely we’ll be waiting until November for this new Tropics map.

Respawn Entertainment is still working on a next-gen update for Apex Legends, however, this better-looking mode with improved performance isn’t due to appear on Xbox Series X|S and PlayStation 5 consoles until 2022 at the earliest.