Microsoft is today revealing the next major update for Xbox One. The update features a new layout alongside Microsoft’s Fluent Design Language system. The update is designed to make the Xbox One gaming experience more fun, personalized and social than ever. Updates to Home, Guide, and Community are available today to Xbox Insiders in the Alpha ring, with updates to Avatars, Game Hubs, Profiles and more coming in Fall 2017. Windows 10 is also getting some love.

The new Xbox One dashboard will be completely modular, which means you can choose what you want to display on the homepage of your Xbox One. It also includes a pretty advanced customization option, so it’s pretty easy to change things up whenever you want. Microsoft is also giving the Guide a boost — it now has a tabbed user-interface which makes it much quicker to get to things like Achievements, People, and more. Microsoft is also updating the Game Bar in Windows 10, where PC gamers will now have greater control over audio settings and the Game Mode. 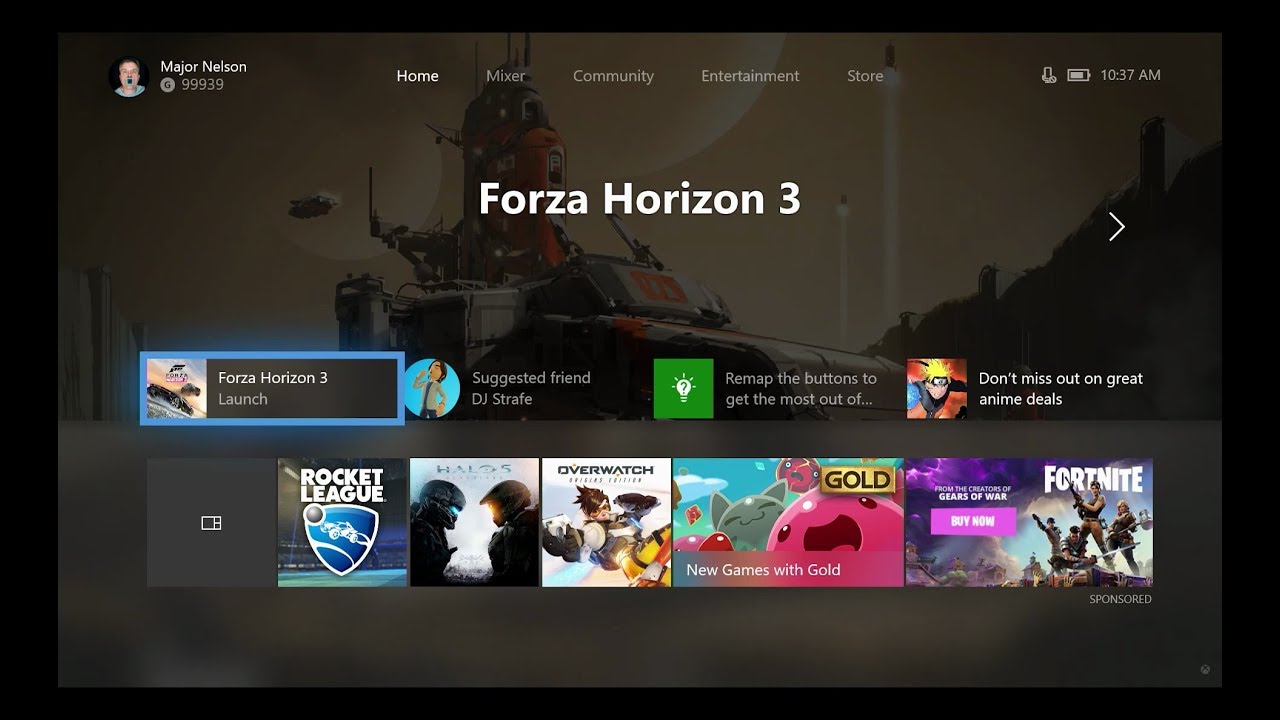 Xbox One is getting a lot of substantial updates in the future which will make navigating the operating system even faster. However, there still needs to be a focus on performance because when you cram all of these features on one screen, it can affect performance. The Xbox One interface still isn’t as fast as the one available on PlayStation 4. Hopefully this update will help with that but Microsoft should make the smoothness of the animations a priority too going forward. Let’s see what change we’ll get tonight and how responsive the menus feel. Here’s hoping for the best.