Ubuntu 18.04 was released last month and has made it to the Microsoft today. For users to use it, they need to enable Windows Subsystem for Linux and go to the Microsoft Store to download the app.

We’re happy to announce that Ubuntu 18.04 is now available in the Microsoft store. You might be asking why there are a couple different Ubuntu apps and what we plan to do with those. The Ubuntu apps you see in the Store are published by Canonical. We partner with them to release the apps and test them on WSL. As per Canonical’s LTS schedule, both Ubuntu 16.04 and 18.04 are supported for 3 years. Keeping this overlap in support in mind, “Ubuntu” is still 16.04 and “Ubuntu 18.04” is as named. We will be Updating the Store descriptions and such shortly.

Microsoft also shared that they will soon be allowing users to directly launch Linux terminal in the File Explorer just by Shift+Right-click on the empty space.

We are excited to announce that in a future Windows Insiders Build, you can launch a Linux shell from the file explorer. We have added an “Open Linux shell here” context menu entry to the shell, similar to how you can launch a PowerShell window from a specific folder. This has been one of our top User Voice feature asks, so we are happy to add this functionality!

You can download Ubuntu 18.04 LTS from the Microsoft Store below. Make sure to share your experience with us in the comments section below. 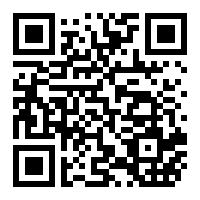