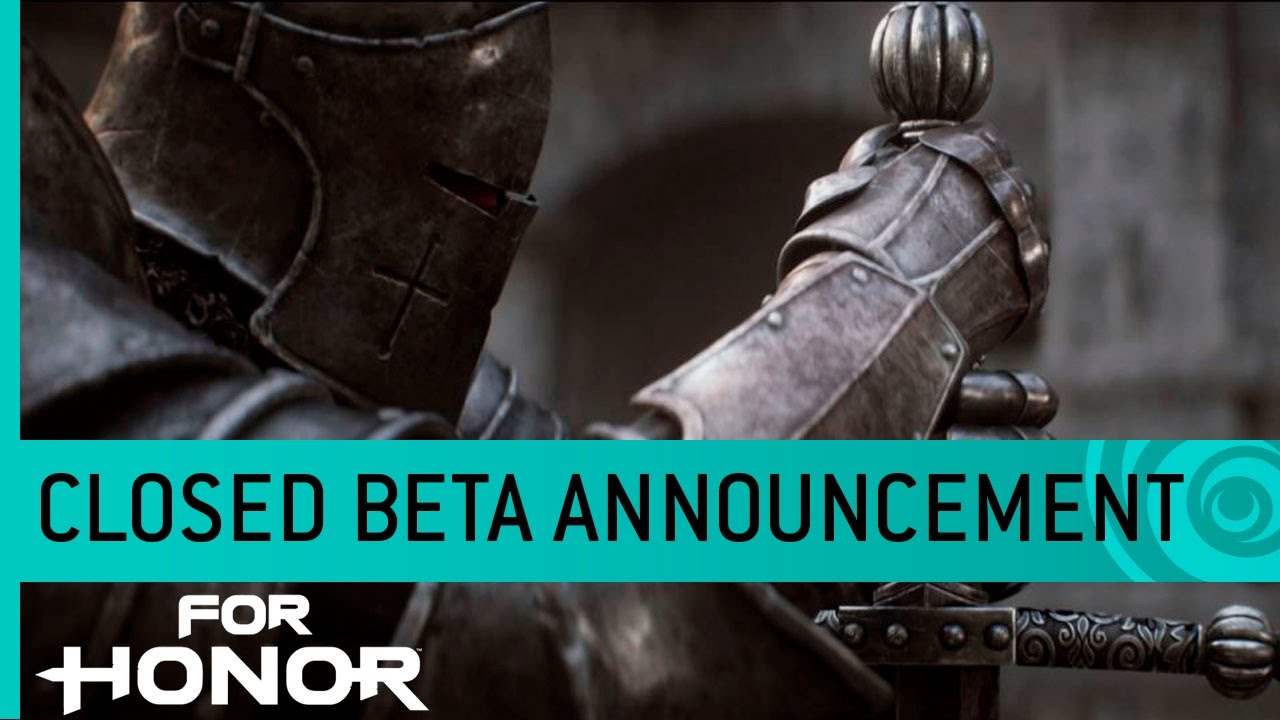 Ubisoft has finally revealed that the closed beta for hack and slash title ‘For Honor’ will begin on January 26th, and run until the 29th on Xbox One, PC, and PS4.

The games release date is on Valentine’s Day, February 14th, so the closed beta will only have a two week period between the time it ends and launch day.

Player’s will get to choose between Knights, Vikings, and Samurai, jumping into War of the Factions, which will track every match during the beta while rewarding players for fighting for their factions. The rewards will transfer over to the full game for those who preorder the game.

The world of For Honor is harsh, yet filled with beautiful wildlands, grandiose landmarks, and majestic ruins. Its hardy inhabitants eke a living as they can in spite of living in a state of near perpetual war. A cataclysm struck a millenium ago, nearly destroying all civilizations. Homelands were sundered, empires burned, and whole nations exiled themselves. From the ashes of this catastrophe, the Knights, Vikings, and Samurai rose again. They struggled to rebuild their nations, trying to recapture the glory of their ancestors.

Carve a path of destruction through vivid, larger-than-life battlefields in For Honor, a ground-breaking action game developed by Ubisoft Montreal in collaboration with other Ubisoft studios.

For those who want to try out the closed beta, you can sign up here.