Despite 14.7 million Twitch followers, Ninja Blevins decided to “get back to streaming roots”, and migrate his services over to Microsoft’s Mixer platform.

In retaliation, Twitch turned his page, uniquely, into an advertisement platform.  But it doesn’t stop there- they thought it would be appropriate to promote NSFW content on it. 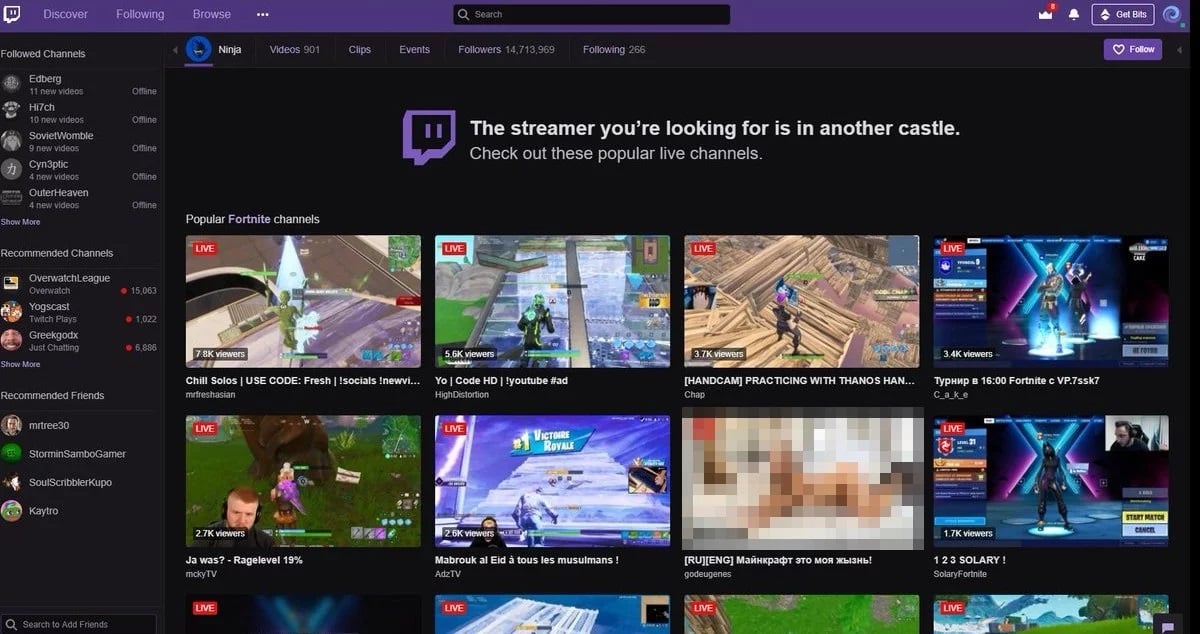 Given that Ninja’s page is frequented by many younger viewers, Tyler “Ninja” Blevins was “disgusted” at Twitch’s actions.

This isn’t the first time Twitch has been found to violate rules.  It’s also been recognised that they operate a double-standards system, which permits famous streamers to avoid sanctions for rule violations.

In an attempt to save face, Twitch recently reverted Ninja’s channel back to the default offline page.

Twitch has now reverted my channel back to how an offline page should look. Thank you.

This still doesn’t justify hiding of Ninja’s channel branding and social links and the inclusion of the questionable content, though.

4/ On a more personal note, I apologize want to apologize directly to @ninja that this happened. It wasn’t our intent, but it should not have happened. No excuses.

Twitch partner Dr. Disrespect is also contemplating making the switch too, meaning we could potentially see Twitch’s title as the “leading live streaming video service for video games in the US”, dwindle.