Samsung’s Galaxy Tab S7 is going to be available in two screen sizes — 11-inch and 12.4-inch versions. And now, we know the official name for the Galaxy Tab S7 with a 12.4-inch screen, courtesy of a Bluetooth certification agency.

Samsung Galaxy Tab S7+ with a 12.4-inch screen and model number SM-T976B has recently passed through Bluetooth SIG certification, hinting that the launch could be imminent. According to various reports, Samsung will introduce the tablet along with Galaxy Note20 and Galaxy Fold 2, which are expected to be launched on August 5. 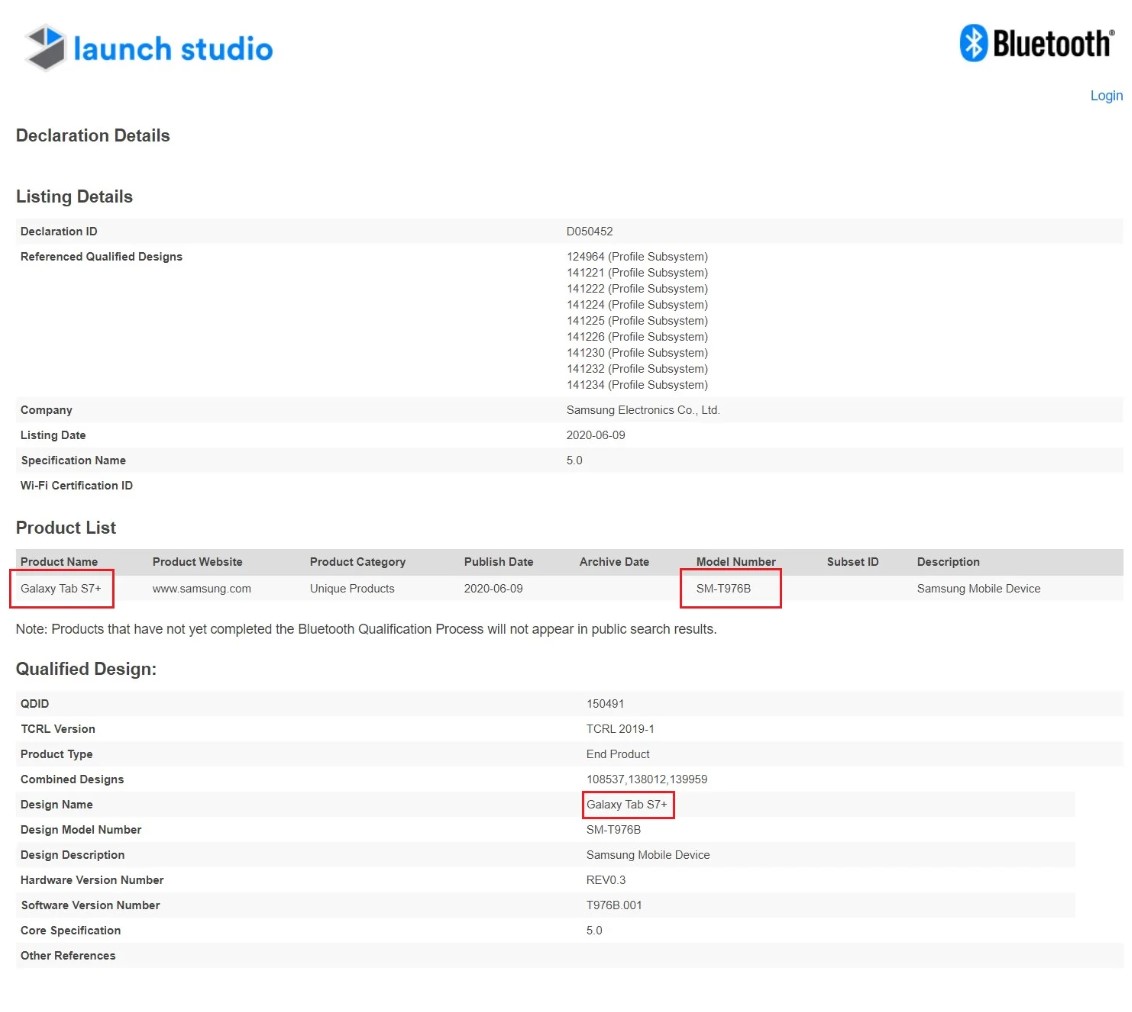 According to SamMobile, The Galaxy Tab S7+ is expected to feature a 12.4-inch Super AMOLED screen with QHD resolution and has support for HDR10+. It also has a microSD card slot, an S Pen, Wi-Fi 6, improved cameras, AKG-tuned stereo speakers, a fingerprint reader, and 25W fast charging via a USB Type-C port. Rumor also has it that the tablet will pack a massive 10,090mAh battery and will be powered by Android 10-based OneUI 2.0 The Galaxy Tab S7 series is expected to be available three color variants —  Grey, Blue, Brown.