As the case with most of the yet-to-be-released smartphones, the specifications and renders of the upcoming Samsung Galaxy S11 got leaked online before the launch date.

As per leaked renders, the Galaxy S11 is going to feature a hole-punch design, but this time around it will be located at the center, as opposed to the Galaxy S10, on which the hole-punch was located at the right corner of the display. This will make the upcoming S11 look a lot like the Note 10 series smartphones. The S11 is also likely to continue the trend of the flagship Galaxy smartphones having a curved display. However, in S1, the curvature appears to be slightly lesser than what we saw on its predecessor, the Galaxy S10.

Galaxy S11 series of smartphones are expected to come with both 4G and 5G capability and powering the smartphone will either be a Qualcomm Snapdragon 865 SoC or an Exynos 990 SoC (depending on the market). It’ll run Android 10-based OneUI 2.0 out of the box.

Talking about the camera, or should I say cameras, the Galaxy S11 will feature a huge 108MP Samsung ISOCELL HMX sensor, which by the way is going to be better than the one you find on the recently-released Mi Note 10 and Mi MIX Alpha. The smartphone will ship with useful camera features and these include Director’s View Mode, Night Hyperlapse, Single Take Photo, Vertical Panoramas, and custom filters. Samsung Galaxy S11 will be capable of capturing 8K@30fps video and will have support for 5x optical zoom.

At the back, you’ll find an L-shaped camera system, similar to what we saw on the leaked renders of the Galaxy A51 and Galaxy A71. The S11 is rumored to feature five sensors, three of which will be regular cameras, and one 3D ToF sensor. Unfortunately, information about the last sensor is not known at this moment. Accompanying these camera sensors will be an LED flash. The camera hardware will be packed into a rectangular camera bump at the back.

Talking about the display, the most affordable Galaxy S11e is going to feature either a 6.3-inch or a 6.4-inch display, while the S11 and S11 Pro will feature 6.7-inch and 6.9-inch display respectively. It will pack Dynamic AMOLED panel, with resolution up to up to QHD+. It’ll support HDR10+ too.

The Galaxy S11 will rock an in-display fingerprint sensor and as per previous rumors, the display will have a 120 Hz refresh rate.

Coming back to the design, you’ll find volume and power buttons on the right edge of the smartphone. On the bottom edge, there is one USB-C port, flanked by speakers on the right and a mic on the left. The smartphone measures 161.9 x 73.7 x 7.8mm (8.9mm including the rear camera bump), features a glass back, and a metal frame. Moreover, it will have support for 25W fast charging.

Samsung Galaxy S11 series is going to be released on February 18 next year. 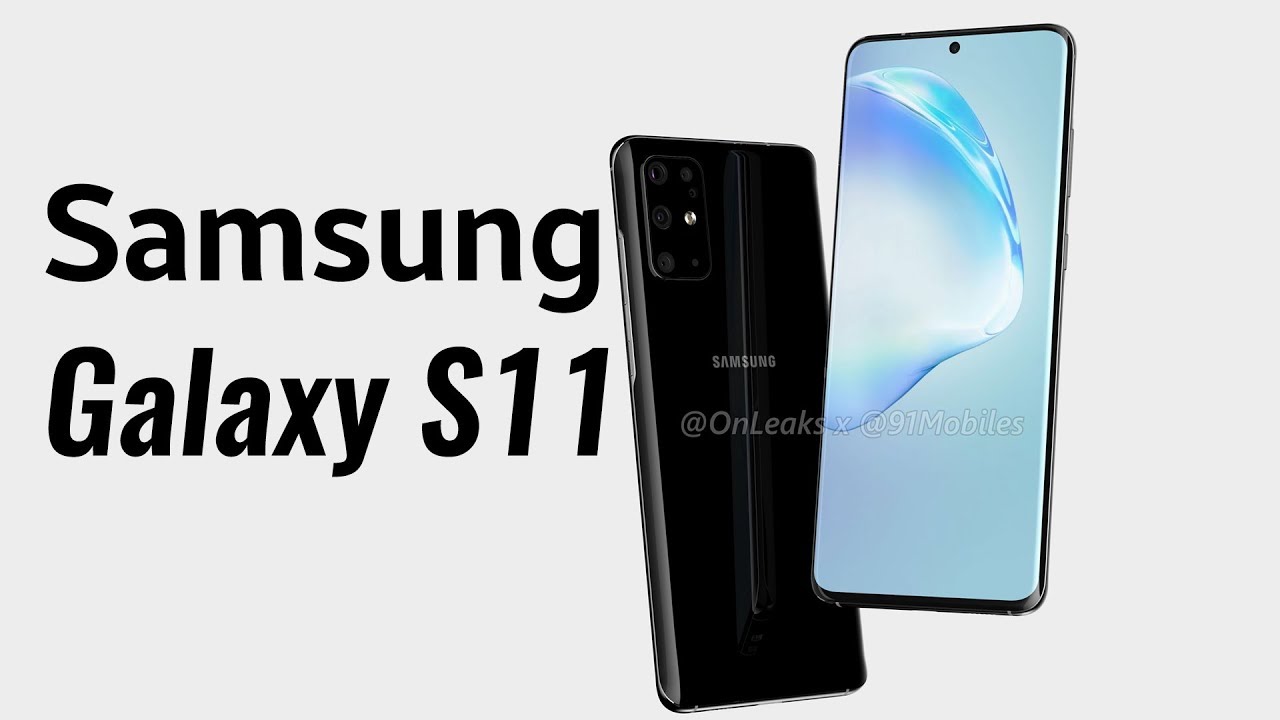