Galaxy A51 and Galaxy A71 are the upcoming mid-range smartphones, on which Samsung appears to be giving finishing touches. Sources close to the development suggest that these two mid-rangers will be unveiled as soon as early next year.

The good news is you don’t have to wait till next year to get a glimpse of the Galaxy A71 as render images and 360-degree video of the smartphone have just leaked online, giving us a closer look at the design and specs of the A71.

According to the leaked render images, the upcoming Galaxy A71 is going rock a Snapdragon 675 processor coupled with 8GB of RAM, while Adreno 612 will deal with the graphics performance.

The Galaxy A71 smartphone is not very different from the already leaked Galaxy A51 smartphone. The A71 features a flat display, which measures 6.7-inch. The smartphone will feature a centered punch-hole design, making the smartphone look more like the Note 10.

Talking about the camera, at the rear, you’ll find four cameras arranged in such a way that the shape appears similar to that of the letter “L”. Accompanying these four cameras will be an LED flash. And housing the quad-camera set-up will be a rectangular camera bump at the back. Unfortunately, you’re still unaware of the megapixel count. 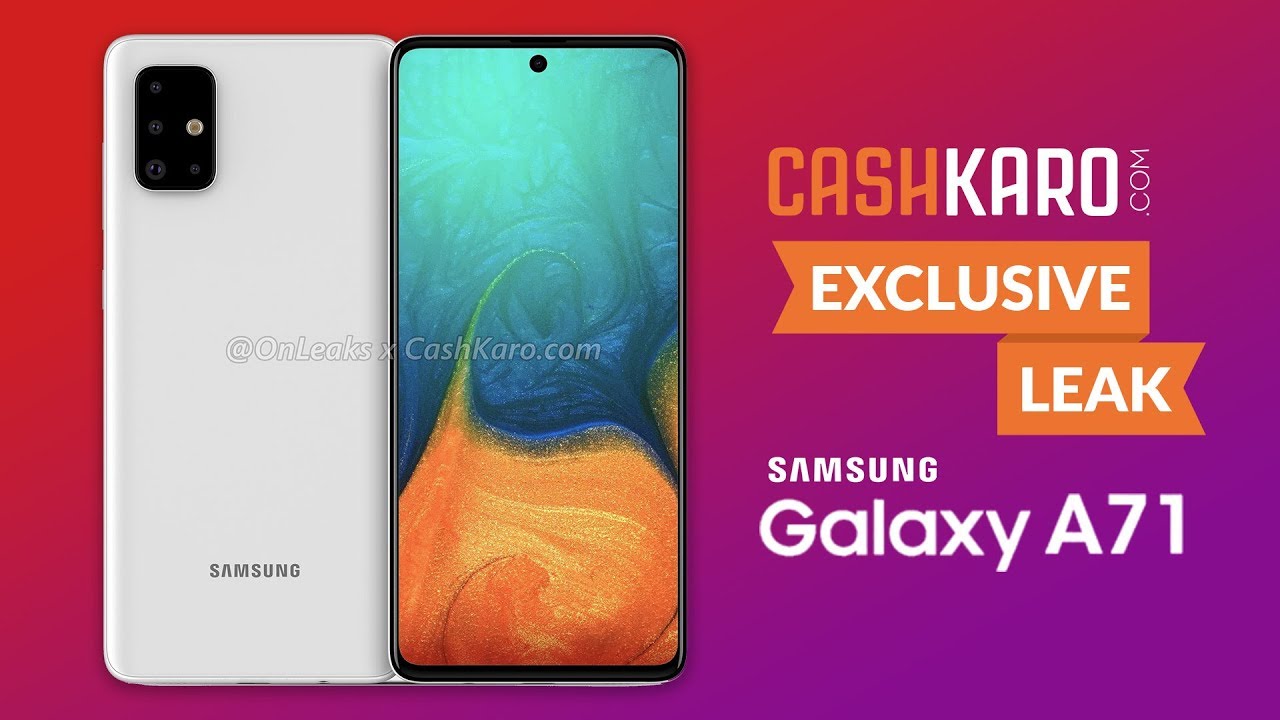