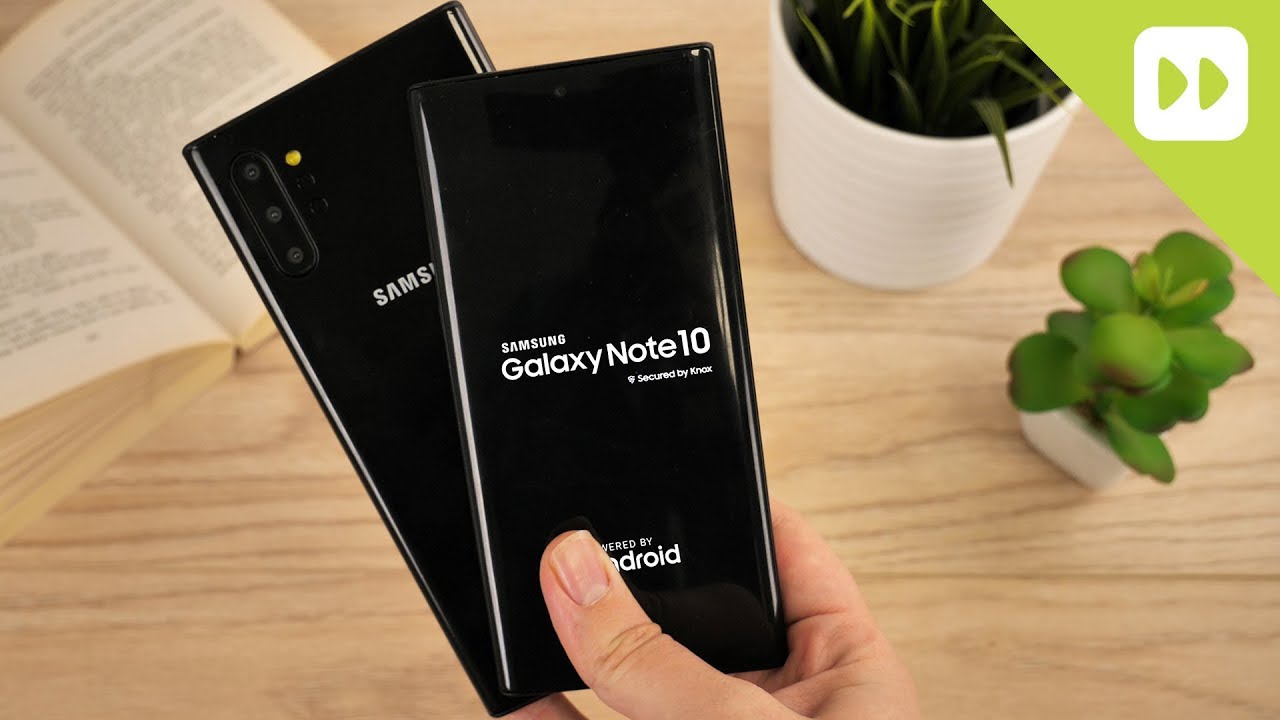 Unfortunately, the video is not the actual devices. Mobile Fun has just received Note 10 and Note 10 Plus dummies from case maker Olixar which confirm the rumours regarding the new features and design.

These production units have been used for case testing purposes and shipped to MobileFun directly from their factories in China.

At first, glance, what is clear is that there is no headphone jack which is one of the main differences seen compared to Galaxy Note 9. Samsung has gone down in size for the Note 10 range with Note 10 measuring in at just 6.3 inches, the smallest Note since the infamous Note 7, while the Note 10 Plus measures up at a more respectable 6.8 inches.

It’s is also interesting to see the new camera layouts on both the front and back with the front camera moved to the centre and the back one positioned vertically on the left-hand side of the phone.

Note 10 features three rear camera lenses, rumoured to consist of Primary, Telephoto and Ultrawide lens, whereas the Note 10 Plus camera set up will consist of four lenses and sensor which is said to be a ToF lens as previously seen on the Galaxy S10 5G model.

Apart from these changes, most of the positions of the buttons will stay the same with the SD tray on the top and S Pen slot on the base.

The full specs of the handsets can be read here.

What do our readers think of the devices? Let us know in the comments below.