There is fire, and there is water. The ship is sinking. Corridors askew, I make my way through the ship. Something moves in the distance. There’s a banging in the distance – from the right, or is it the left? Panic clouds my mind and smoke obscures my vision. I find a door. I enter a room.

I wake up in a room.

A voice tells me that there’s no time for sleep. The room feels like someone else’s home. I open a door. I find myself in a corridor. There are many corridors on the ship. No two of them are the same, except for when they are.

There is no smoke, no fire. Everything is in the right place. I make my way down the corridor. A door clicks. I open the door. I enter a room.

The room is cluttered. A film projector spins idly, waiting for its operator to return. I insert a reel. Images flicker across the screen, a voice informs me of events that are unfolding, or that have perhaps unfolded already. I leave the same way I came. I enter a room.

Something flickers in the distance. A light? A person? I head that way. A door clicks, unlocking itself. I pick up a hand mirror and it violently cracks in my hands. A person, both whispering and screaming, asks if I slept well. I put the mirror back down. I head into a well lit atrium. A door clicks. I enter a room.

It’s never the same room. The room is cluttered. I step forward and a vase falls, shattering instantly. Half ripped photos are scattered about. A note emphasises how actors change, metamorphosing into something they are not. I wonder who I am and what role I am supposed to be playing.

I make my way up onto the deck. There is nobody around, and there is nothing for miles. I noticed that the ship was called Icarus.

“Perhaps we are both kindred spirits,” I thought wryly. “For we have flown too close to the sun.”

I return below decks. A door swings open. Upon my approach, it slams itself shut. I indignantly wrench the door open and slam it shut, twice as hard, to let whatever paranormal apparition is haunting me know that I am not to be messed with.

However, the feeling of perpetual suspense is eventually cruelly broken with an ugly return to reality. I come across a mangled and deformed mannequin, who could have easily passed for Slenderman’s cousin. It starts chasing me. I feel as though I’ve been wrenched from a daze.

“No.” I said, pausing the game and putting down the controller. “No, thank you. Not today.”

I then spent 10 minutes staring out my bedroom window, admiring the sunny outdoors.

The problem with Layers of Fear 2 is that it tries to overcompensate for things that it doesn’t need to. The first few hours of the game are absolutely dripping with beautifully composed horror – little moments that build up, pushing you to become increasingly paranoid. Although there aren’t any tangible threats lingering around, you can’t help but feel helpless, hunted, threatened. You are backed into an ever-changing corner with no safe space to speak of.

The game then proceeds to ruin its own sense of jeopardy by adding something physical. In my opinion, the chase sequences added nothing aside from a sense of frustration. After encountering the first one, the game failed to feel as desperate as it did before. I realised that I couldn’t be harmed unless it was at the hand of Slenderman’s questionable relative. The chase sequences started to lose their sense of horror, too – the only thing I really had to fear was replaying them until I finally got it right.

The rest of the game felt like I was alternating between a jaunty stroll through a faux-haunted ship and trying not to be violently torn asunder. It was a walking simulator in sheep’s clothing. The jarring contrast between the two deeply dampened my experience. The tension was shattered. While the game tried to recover the atmosphere it had so carefully fashioned in the first few hours of the game, it was all but lost. It was a jigsaw with half its pieces missing.

Aside from the fact that Layers of Fear 2 sabotages it own plot by relying too heavily on cheap jumpscares, the game is still a worthy successor to Layers of Fear. The premise is a little bit more out there – in this one, you’re a successful actor undertaking a role in a film being produced aboard a cruise ship, rather than a struggling artist – but it’s still an interesting and unwinding plot.

The game uses binaural audio, meaning its best enjoyed with headphones on. The effort put into the sound production is, to be frank, amazing. Everything comes at you from all angles and, despite technically being able to pinpoint exactly where that strange sound is coming from, you somehow can’t put your finger on it.

The graphics successfully rival and complement the audio with how immersive they are. I played with the FPS set to ‘no limit’ and only noticed stutter twice in my entire playthrough. Everything seems so real, as though you’re actually wandering blindly through a sinking ship, trying to piece together who you are and what’s happening.

I felt like I could reach through my monitor and run my fingers through the on-screen puddles. To say that it’s beautiful would be an understatement. It’s just a shame that the plot felt like it had to rely so heavily on chase sequences to give players that sense of constantly being on edge.

The bottom line is as follows: if you’re a masochist who enjoys the thrill of being on the receiving end of the chase, this game is excellent for you. However, if you’re a person looking for an immersive narrative experience that allows you to explore without having to constantly watch your back for fear of having your spine prematurely removed, go play the first Layers of Fear instead. 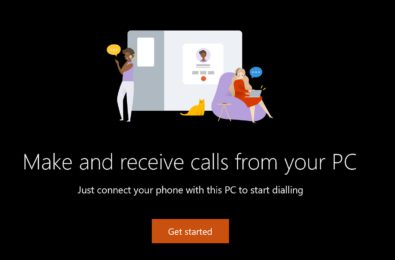