The Project xCloud Preview in Korea is set to get bigger, with more players being invited to join and the number of titles available to play increasing to 85, thanks to the efforts of SK Telecom and Microsoft.

As announced in a press release from SK Telecom, the new changes will be implemented today, January 21st. The Microsoft Game Streaming app will now also be available via the One Store, allowing for easier and more exclusive downloading.

Project xCloud is supported by SK Telecom’s 5G network, which is marked by super-fast speed and ultra-low latency, allowing for a more immersive and seamless experience for gamers.

As mentioned above, this partnership between SK Telecom and Microsoft will increase the number of titles available for Korean gamers to test out from 29 to 85. The new range of titles will include Korea-developed favourites such as Black Desert and Tera.

Approximately 40 of these games will also provide Korean subtitles or voice-overs, with more Korean language games being added in the future.

“Our partnership with SK Telecom has played a valuable role in helping Microsoft reach new, mobile-first gamers while also learning more about delivering high-quality game streaming through 5G networks,” said Kareem Choudhry, Microsoft’s Corporate Vice President of Project xCloud. “As we enter the next phase of our preview in Korea, it is critical for us to have a strong partnership with a respected company like SK Telecom to push the technology forward.” 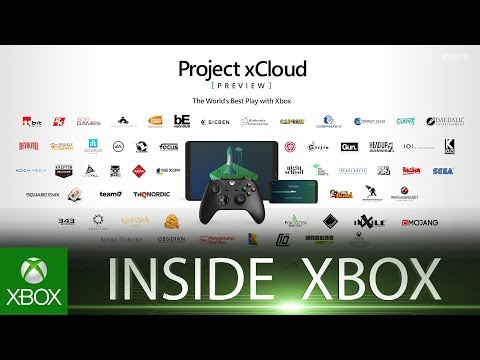 “We are confident that 5G cloud gaming will shift the paradigm in the video game industry,” said Jeon Jin-soo, Vice President and Head of 5GX Service Business Division of SK Telecom. “We will continue to make efforts to provide the world’s best cloud gaming services to the Korean gamers.”

If you’re in Korea and want to sign up to get into the Project xCloud Preview, simply follow the link here to get yourself registered. If you’re already registered, you don’t need to do anything else.

While xCloud’s preview is currently only available to testers in the United Kingdom, United States, and South Korea, it’s set to roll out to countries across the globe including Japan, Western Europe, India, and Canada later this year.

Project xCloud is currently only available on Android, although it’ll also be launching on Windows 10 later in 2020, meaning you’ll be able to stream Xbox games on your PC.