It’s difficult to develop a good management game. It’s easy to scoff at the likes of Football Manager and Motorsport Manager, with their seemingly Excel spreadsheet inspired gameplay because, at face value, it can all look like empty numbers and statistics. Actually developing an engaging management franchise is harder than you’d think, and it’s this misunderstanding of the genre that I suspect will cause Pro Cycling Manager 2020 to be overlooked by many.

Coming into this as a legitimate cycling novice, I had no idea what to expect. Outside of the occasional Olympic race, I have hardly ever watched professional cycling. I enjoy seeing Team GB rake in gold medals, but I don’t know have a clue what’s going on half the time. Considering all this, I’m surprised at how much enjoyment I’ve managed to get out of Pro Cycling Manager 2020.

You can either manage an entire team or begin your career as a promising young cyclist. The core career mode should feel familiar to veterans of the management genre. After taking over a team you are tasked with delivering the best results possible. At a basic level, this is achieved by successfully micromanaging your finances, players, staff, and training.

To give players more things to do this year’s Pro Cycling Manager has introduced a morale system. By keeping your cyclists’ morale high you can consistently get the best performances out of them. There aren’t many ways as a manager to impact your cyclists’ morale, with results being the only notable factor. I think the intention was for your cyclist’s requests to play a bigger part in building your team’s morale, but it’s too easy to ignore. The penalty for negligence towards your cyclists isn’t harsh enough.

Whilst this is all functional, I found it too simplistic. And it’s the same story with scouting where you’re told a player’s rough potential and current ability but little else. These are the kind of surface-level features I expect in a casual sports game like FIFA or Madden, not a dedicated management simulator. I’d have liked to see scout reports detail the specific pros and cons of each player rather than it basically coming down to who’s numbers are bigger. I never felt the need to sign a cyclist because they fit my system or somehow complimented my team. Instead, I found just hiring whoever had the best stats worked well enough.

In contrast, the genre-leading Football Manager has a whole breakdown screen specifically for player dynamics and how they’re feeling. This is important in a management game as without the information to act upon, it can be difficult to know what to do next. To be fair this makes Pro Cycling Manager easier to get into and understand. That’s fine for a rookie like me but I fear the sports enthusiasts that often purchase these types of games could find this disappointing.

Thankfully, the gameplay itself is better executed. You can watch races in speeds varying from 1x to 8x and from different perspectives depending on your personal preference. Throughout the race, you need to manage each cyclist separately to assist them in filling their role. In Pro Cycling Manager 2020 there are a total of seven different roles cyclists can fit into. These vary from sprinters who specialize in last-ditch attacks to climbers who can dominate even on the steepest hill climbs.

In Career Mode it’s important to make sure your team has a healthy balance of each role. After all, the star roles like the sprinter only function thanks to the supporting roles. The role system is nice enough for Career Mode but it’s the Pro Cyclist mode where it comes into its own. Pro Cyclist has you control a single cyclist on your path to become the very best. In my time playing, I found this to be where Pro Cycling Manager 2020 excels.

Depending on what role you opt for when you create your cyclist completely changes how your career plays out. The objectives you are given, the way you interact with other cyclists mid-race, and your overall team contribution are all role dependent. For instance, if you opt to be a sprinter than you’ll spend the majority of your race with the pack. The priority is to pace yourself and stay in a good position ready to go hard for the final sprint.

Don’t fancy risking everything on one big moment? That’s fine. The puncher is an all-around flex role that can either support his teammates or do the heavy lifting himself. Why not try being a Baroudeur for something a little different? This role sees you breakaway at the start of a race away from the pack. You get to show off sponsors, gain some recognition, and maybe clutch up a huge victory against the odds.

I really like how you can adapt your racing strategy and career development to fit a particular role. It gives the Pro Cyclist mode a tone of replayability as each save presents a whole new challenge. The races themselves seem more manageable in this mode too. In career mode players don’t follow your strategies overly well so you have to manually select when each rider should attack, relay, or maintain position. It doesn’t take long for this to get tiresome. Yet in Pro Cyclist, where you only have to worry about yourself, executing a strategy exactly how you envisioned is very satisfying.

As we know sports games can live or die by their licensing and in this regard Pro Cycling Manager 2020 does a fair job. The majority of teams are licensed in both the World Tour and Continental Pro championships. All licensed teams have their full rosters with superstars like Chris Froome and Roglic Primoz all present. However, some second-tier teams like Androni Giocattoli and Burgos-BH do not receive the same love. Fortunately, this franchise has a rich modding culture so it’s likely both content expansion and naming fixes will find their way onto the Steam Workshop in no time.

It has to be said that Pro Cycling Manager 2020 is not the most optimized game in the world. There are a few stability issues in regard to transitioning in and out of the 3D race engine. When entering or leaving races crashes are a little too common for my liking. Also, tabbing out of the game whilst its loading or continuing through the calendar will cause the application to not respond and occasionally crash.

As for performance, it’s not ideal but working around the core issue isn’t that hard. On high settings during busy races, Pro Cycling Manager 2020 falls apart. At 1x speed, I recorded drops as low as 20 FPS and at 8x speed as low as 12 FPS. Thankfully, dropping the settings to low seemed to off-set these issues. At low settings, 1x speed I managed a consistent 100 FPS with this only dropping to 80 FPS at 8x speed. Considering Pro Cycling Manager is not a great looking game regardless of settings, you’re best off just dumping everything down for performance. Still, considering the game’s recommendation of just a GTX 560, these frame rates on an RTX 2060 leave much to be desired. 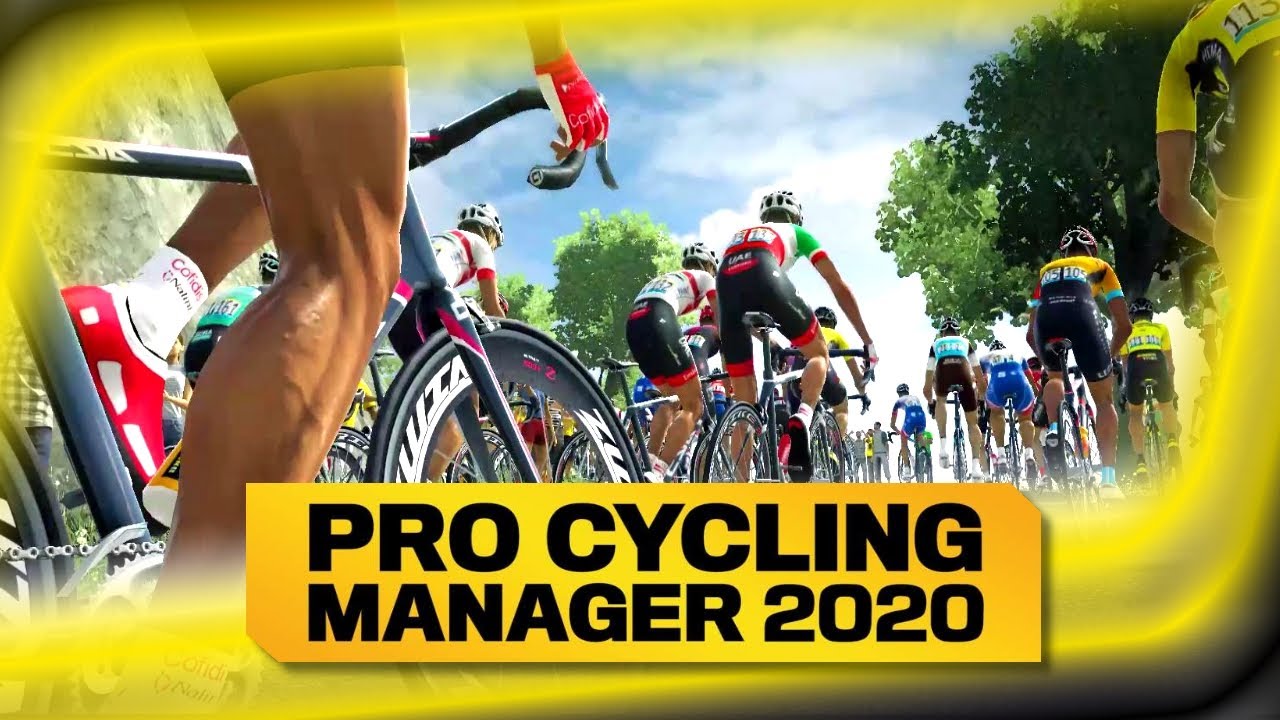 All in all, Pro Cycling Manager 2020 is a very respectable attempt at creating a management game. Whilst its shortcomings can be frustrating at times, they aren’t bad enough to ruin the overall experience. Especially in the Pro Cyclist mode where I had a lot of fun leveling up and progressing my guy. The base career mode isn’t as good but it’s by no means a waste of your time either. It would have been nice to see a little more effort put into scouting and team management but there’s enough there to keep you going for a while.