Outlook Mail for Windows 10 has picked up a new update for those on the Windows Insider program’s Fast Ring. The update adds a couple of new features to the app, which should make your e-mail experience much better on Windows 10. With the new update, Outlook Mail finally supports Interactive Notifications on Windows 10 — with this feature, you’ll be able to perform quick actions from a New Email notification without having to actually open the email. These interactive notifications show two buttons, and these buttons are the Quick Actions which you can change to Set Flag, Mark as read/unread, Move to Junk, Archive, Delete and Move an email. When you change the Quick Actions on the app, the buttons on the interactive notifications will also update — but that may require you to restart the app a couple of times.

Another new feature coming with the new update is the ability to pop-out an email or the compose page. This is a feature which Microsoft introduced several months ago, but it was later removed due to an unknown issue. It seems like Microsoft was able to address the issue, and it is finally coming back with the new update.

Lastly, the latest update for Outlook Mail also brings support for @mentions which essentially allows you to mention someone right from an email — this feature is mostly useful for Office 365 users, but it can be slightly useful for other users, too.

The latest update for Outlook Mail is 17.7466.40627.0, and you can get it from the link below — once again, the update is only available to Windows Insiders in the Fast ring. 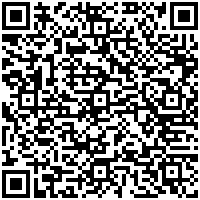