PC parts retailer Newegg has implemented a bold new “no questions ask” returns policy on “open box” products in the wake of a YouTube scandal.

In the past few weeks, once trusted PC parts supplier Newegg has found itself embroiled in controversy after seemingly being caught red-handed knowingly selling defective PC parts as “open box” products.

After trying and failing to rectify the situation with customer service, Gamers Nexus took to Twitter, posting about the situation to their 190,000 followers. Naturally, this quickly caught the attention of Newegg who offered them a full refund, however, this saga doesn’t end there.

Gamers Nexus went on to detail their experience with the company in a video titled “Newegg Scammed Us” in which they highlighted that this was far from an isolated issue, with many other customers being refused returns despite being sent damaged products that had somehow passed the company’s quality assurance.

To make matters worse, the damage that Gamers Nexus and many customers have experienced isn’t consistent with shipping damage, such as bent pins on motherboards, indicating that Newegg shipped these products out with the faults.

Newegg was even caught sending out these products with RMA stickers on them, indicating that the parts supplier was definitely aware of the issue and had even previously tried to fix it before shockingly deciding to sell it as an “open box” product regardless. 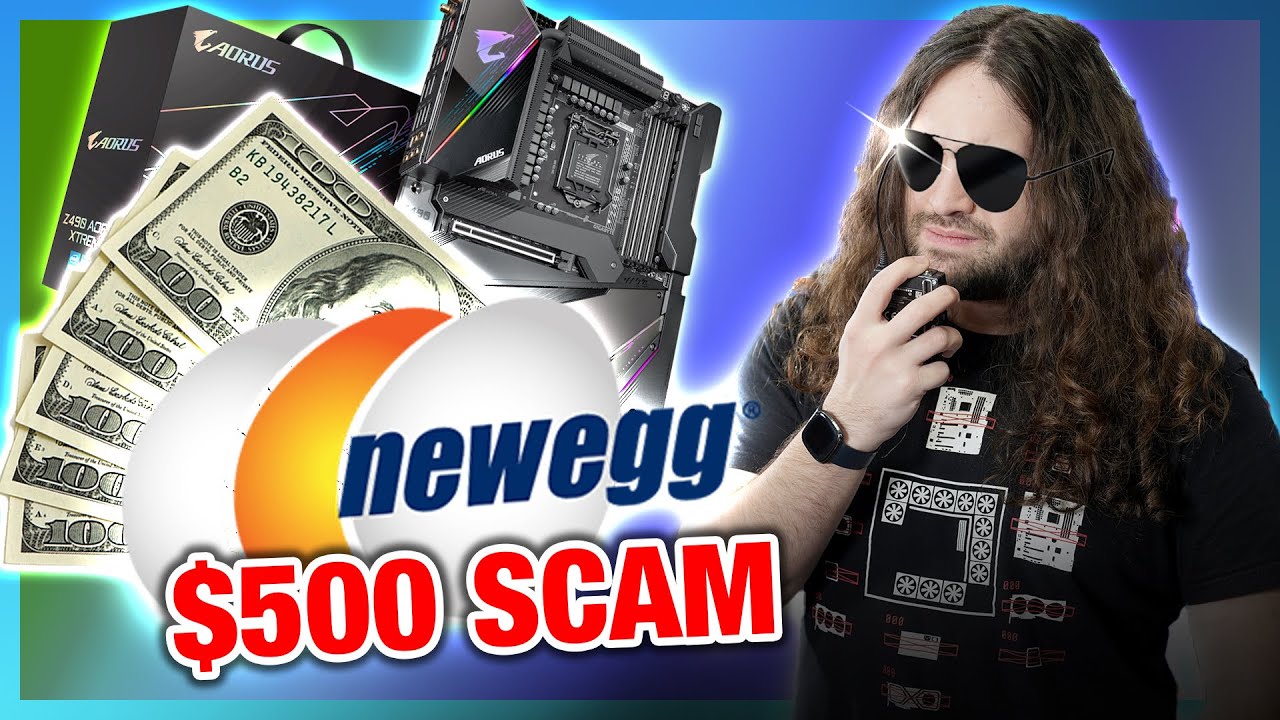 Newegg has since responded to this damning controversy, in a statement posted on Twitter in which the company stated that they have “become aware that a very small number of returns may not have been thoroughly inspected before being routed for returns, liquidations, or e-waste recycling and were accidentally resold as ‘open box’ merchandise.”

“These were unintentional process errors and isolated incidents. As a result, we have already changed internal procedures to improve how we manage product returns. We are also reaching out to this small number of customers who may have been affected by these errors,” Newegg continued in their statement.

The company also claimed that they have “put in place new policies to ensure a hassle-free return experience on ‘open box’ merchandise returns on motherboards and CPUs.” This commitment was expanded upon in a statement given to Windows Central, in which it was stated that the company will accept returns on “open box” products on a “no questions asked” basis.