New World Review: So much to grind so little to see

Android Data Recovery without Root-Review of Tenorshare Ultdata for Android

Microsoft to discontinue SwiftKey keyboard app for iOS on this date

With plenty of delays and troubles both pre and post-launch, things weren’t looking so good for Amazon Games, especially after their hero shooter Crucible barely made it out of beta before being cancelled. Now that the dust has settled we think it’s high time that we answered the question: Is New World actually any good? Our answer? A very definitive maybe.

In all honesty, despite putting a healthy, or rather unhealthy, number of hours into New World, we’re still not too sure what to think of it. As with any MMO, the few morsels of new content that you get drip-fed as you progress are indisputably fun, however, it rarely stays that way for long. Thanks to barely surface-level complexity for nearly all but the later game activities, you can learn the gameplay loop worryingly quickly, turning missions into little more than go here and hit problem until it goes away.

Thankfully Amazon Games has at least managed to make hitting things with swords, axes, magic, and bows fun thanks to New World’s weapon abilities and surprisingly difficult combat. Despite the slow heavy hitting pace of combat, New World definitely isn’t a souls-like in the slightest, as it’s far too clumsy for that. What New World is however is an MMO, and because of this, the difficulty of combat doesn’t feel like a hurdle to overcome by getting good, as rather it’s just another problem to simply grind your way through.

With a variety of weapon abilities on offer, you should at least enjoy throwing yourself in at the deep end if you choose to power through quests at or above your level. However, thanks to individual weapon masteries that stop you from being so tied down to a build, you’ll be grinding for a seriously long time if you want to level up all of the weapons available. You’ll definitely want plenty of abilities in your arsenal too, as while standard attacks do at least hit hard they have all the impact of a wet paper towel, leaving them feeling incredibly disappointing.

Of course, being an MMO you should begin your adventure expecting a good deal of grinding to progress, but even I wasn’t quite prepared for the sheer amount of grinding that was in store. In New World, it isn’t just the slow, often tedious act of grinding itself, be it by chopping down a small forest or slaughtering ghouls en masse, it’s that it feels like you’re not getting anywhere with all your effort.

In New World, XP requirements are high which makes progression painstakingly slow, although, to Amazon Games’ credit, it is for a good reason. Rather uniquely for an MMO, you don’t just have to go around questing and murdering scores of bland enemies, as crafting is a valid path towards getting appropriately tiered loot. At first, just as I did, you may think this sounds excellent, however, in practice, the execution is flawed with repetitive skilling taking far too long compared to the much more engaging combat.

As a result of this tedious grinding, you’ll likely head towards questing for progression efficiency, however, things aren’t too much better there either. Following the main questline like a lost puppy does have its high points of interesting fights, complex tasks, and expeditions to overcome, however, the whole experience is marred by the further tedium of just getting around. Mercifully there is at least an auto run button and fast travel, but if you run out of Azoth to power your fast travelling adventures then prepare to be walking for longer than you’re actually questing.

While the basic quests might not be much to write home about, the expeditions, wars, and invasions definitely are. In these activities, the latter two of which can actually affect the game world, the PvE and PvP that New World stands upon shines its brightest, thanks to the overwhelming odds and team-based challenge. Managing to participate in the wars and expeditions can be a challenge in and of itself however thanks to tight-knit guilds who’ll predominantly use their own members. If you can get in, we can’t recommend these activities enough, and not just because it’s a chance at some good loot.

Despite New World’s highs and lows, I predominantly found myself having a good time in the mystical land of Aeternum, but I can’t say for sure that I was playing the game right. That’s because, rather than focusing on the grind for high tier loot and PvP activities, I was off prancing around the countryside, completing a mountain of radial quests while harvesting every material that wasn’t nailed down.

With just how slow the progression was, it felt wrong to be playing New World this way. I’d come back from a round trip of one of the game’s territories, to craft up all my loot and only discover I’d progressed barely a fraction towards the next unlock. Nevertheless, my adventuring party and I were having a grand ol’ time together, as we savoured all that New World had to offer, rather than trying to min-max down one specific path to victory.

Slowing down in New World also gave us a chance to appreciate the world of Aeternum that Amazon Games had created. While the lacklustre pool of monsters might not be anything to write home about, the aesthetic and writing certainly are, as there is a bounty of interesting stories to be told from within the corrupted shores of Aeternum. Unfortunately, this aesthetic rarely gets to shine as it should do, as, beyond the game’s writing and the Corrupted enemies, Aeternum can sometimes feel like just a generic template. 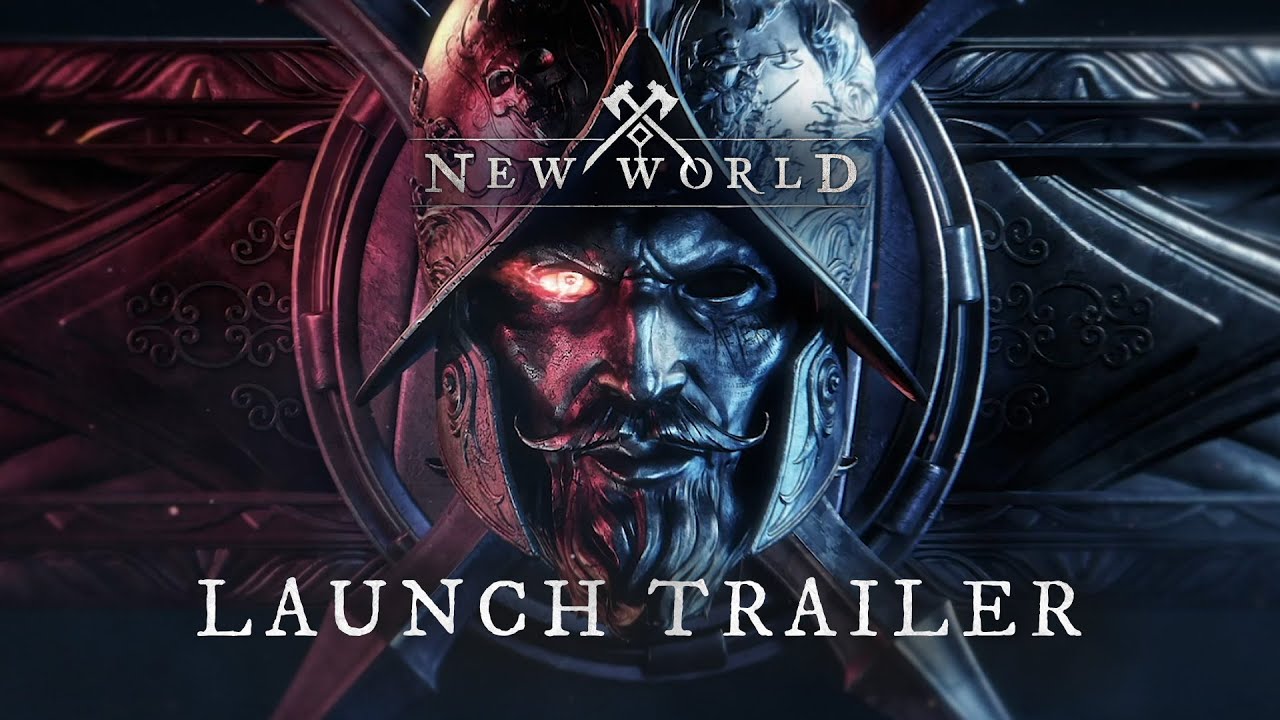 Ultimately, there’s plenty of fun to be had inside of Amazon Games’ New World. Whether or not I know how to properly have that fun however is a different question. So long as you don’t mind the grind, then the combat, the activities, and the world all have their high points that make New World well worth your time. Whether it will stand the test of time as it faces up against the monolithic World of Warcraft and Final Fantasy 14 however, remains to be seen.