Indie publishing label No More Robots has become an increasingly prominent name among crowds of Xbox gamers over the past couple of years. While the company may not be as well known – yet – as the zany no-holds-barred publisher caricature of Devolver Digital, No More Robots is quickly rising through the ranks as a high-quality publisher, one that has captured the hearts of Xbox customers through their outspoken support of Xbox Game Pass.

The support for Xbox Game Pass wasn’t the first exposure that No More Robots had with the current-gen version of Xbox. In fact, two years ago the publisher supported another Xbox program, Xbox Game Preview, with the arrival of the hugely successful BMX roguelite Descenders. However, while Descenders did well during its Early Access stint in Game Preview, it was upon its arrival in Game Pass where the numbers started to break charts.

“Descenders isn’t just supporting both studios now. This is going to support us for the rest of our lives”

“There was a graph that I saw… That Xbox was showing around internally. They showed me this graph and they were showing the power of Game Pass and using Descenders as one of the examples,” revealed No More Robots CEO Mike Rose. “The graph that they had done they had to alter the graph, because the spike was so good from when we went into Game Pass that it made it look like we had sold nothing before that point.”

“And Descenders was selling great before Game Pass! It was supporting  both No More Robots and Rage Squid. We were [already] talking about the next game we were going to make together… This happened and then all of a sudden, Descenders isn’t just supporting both studios now. This is going to support us for the rest of our lives. It’s ludicrous.”

The success of Descenders could have been a lucky start for the company’s entry into Microsoft’s subscription service. As Rose tells us, Descenders is an “Xbox game”, a title that echoes fun multiplayer shenanigans with a tight-knit group of friends, whether that’s barreling down a rocky mountain slope or just cocking around in a virtual bike park.

But Descenders isn’t just the only title that No More Robots has entered into Game Pass. In recent weeks we’ve seen the addition of the deck-building narrative adventure Nowhere Prophet, a title that isn’t as immediately engaging as a title like Descenders but is still seeing success.

While some of that is bound to be tied to the game’s unique offerings and it’s quality, another aspect is the sheer amount of attention that Xbox gives to every Game Pass title, whether that’s on the Xbox Store, social media channels, or just the fact that every Game Pass title is housed in such an easily accessible part of the console’s dashboard.

“The thing is, as a developer or publisher, you scramble for attention. There’s a million games coming out every day. When you put a game out and you know that two dozen other games came out that day and then in the weeks to follow when you know that your game is just getting buried in a sea of other games,” Rose told us.

“Having ways to stand out from the crowd and actually having ways where people are visiting the Xbox dashboard and they are more likely to find your game simply because it’s in an area of the dashboard where there is less games. You’re automatically raising your chances of more people playing your game.”

“When Descenders is featured in the top downloads in the Game Pass tab, that leads to more people downloading it. We know there’s tens of millions of people are in Game Pass, but that’s not everyone. So, for a game like ours, you get a bunch of people playing in Game Pass and their friends see them playing in Game Pass and they’re like, “Well I don’t wanna get Game Pass yet, I’m not super into subscription services yet, but I do wanna play Descenders so I guess I’ll have to buy it.” That’s basically what’s happening with us.”

Despite the publisher’s pleasant experience with Xbox Game Pass, Rose isn’t completely sold on the idea of video game subscription services. With the rise of Game Pass’ success, there’s bound to be competitors – much like how Apple is attempting to create their competitor to xCloud and Stadia.

I think what Microsoft is doing is fantastic – we keep putting our games in there – my fear is that more people are now going to do it because they’ve seen how well Game Pass has done.

However, with rival services that will undeniably become successful for the large companies that run them, there’s always the worry that the game creators that create the backbone for these services will not be treated as well as they could, a problem we’ve already seen with services like Apple Arcade.

“[Apple Arcade] is the thing I was worrying about,” Rose told us. “For me, Game Pass has not quelled my fears about subscription models. I think what Microsoft is doing is fantastic – we keep putting our games in there – my fear is that more people are now going to do it because they’ve seen how well Game Pass has done. Of course they are, that’s how our industry works – everyone just copies everyone else.

“My fear is that the other ones won’t be as good. That they’ll get big and they’ll give developers crappy deals and then in three, four, five years time we’ll be in a situation where we’ve got the Netflix and Amazon and Hulu of video games, but they’re all giving developers crappy deals because they’ve got a bunch of games now and they don’t really need you as much as you need them.”

Obviously, I’d love it if this didn’t happen. I’d love it if a bunch of subscription models came out that were just as good as Game Pass, but I know how human beings work.” 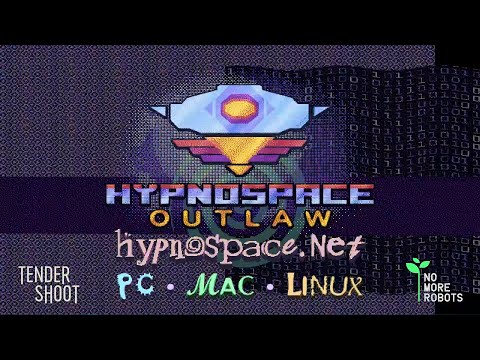 Of course, as with everything, subscription services are based around money. It’s already been revealed that Game Pass isn’t massively profitable, a factor that the privilege of Microsoft’s sheer size won’t have to worry about for years to come.

Microsoft’s size has allowed them to create genuinely good deals for developers, deals where developers are given a lump sum up front before games are added to the service. Other services see the Spotify model, a frequently despised payment plan that essentially pays peeks to creators each time a title is played. For creators this isn’t sustainable – a fact that in the music industry led to the creation of services like Tidal – and as far as No More Robots is concerned, that type of payment model can jump in the bin.

“The vast majority that I’ve been approached by do not pay upfront. It’s the Spotify model and I will categorically, I will pledge it now, I will never put any of our games on one of those,” Rose passionately explained. “They can p*ss off, quite frankly. I’m just not doing that. If you want to pay us for our game up front, like you bloody should do, to have our game for free on your subscription service so that people want to give you money for your subscription service, I think that’s a pretty fair deal.

We’ve signed a deal for a future game onto a subscription service that isn’t Game Pass and that was a nice deal. So there’s definitely other companies that are doing nice subscription service deals. So it’s not just Microsoft doing it… I’m still in the, ‘I think this might end badly’ phase.”

The true success of Game Pass for some may be the money, respect and brand recognition that Xbox is receiving. For developers and publishers, Game Pass is a good ride into the future of a crowded and expensive hobbyist environment. So far, Game Pass is one of the best deals gaming has ever seen and as Microsoft pushes the service further into the future, next-gen and beyond, it looks to be a clear winner.

You can find No More Robots’ Descenders and Nowhere Prophet on Game Pass right now. Their next Game Pass title, Hypnospace Outlaw, launches in Game Pass on August 27th. Descenders will also be available on PlayStation 4 on August 25th.

This was a snippet from our video/audio interview with No More Robots CEO Mike Rose. You can find the full interview below: 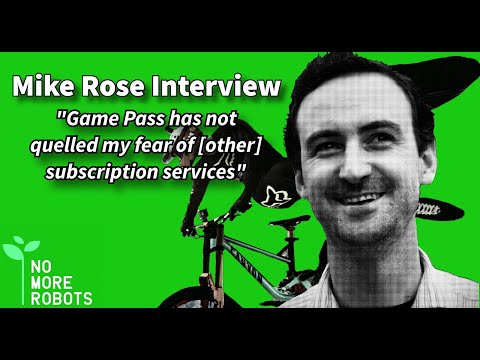