At Build 2016 today, Microsoft didn’t talk much about Windows Phone or Windows 10 Mobile. The company mostly focused on Windows 10 for PCs, HoloLens, Xbox and Artifical Intelligence while Windows Phone or Windows 10 Mobile mentioned less than 5 times in the entire 2.5 hours long event. Now, the company showed off some of the new features for Windows 10 Anniversary Update (aka the Redstone 1 update) in a video where they seem to have showed off a pretty huge feature for Continuum for phones (if only for a few seconds).

According to the video, which we slowed down below, users might be able to call their contacts via their Windows 10 PC using Continuum for phones on Windows 10 Anniversary Update.

The may also be able to get a notification will appear on their PC when someone calls them. Then, the user can pick up the call or reject it via their PC. When the user accepts the call, they will be able to use their PC to talk to the recipient. This feature is very similar to Apple’s Hand-off which is available on OS X and iOS.

Here’s a video showing the feature in action: 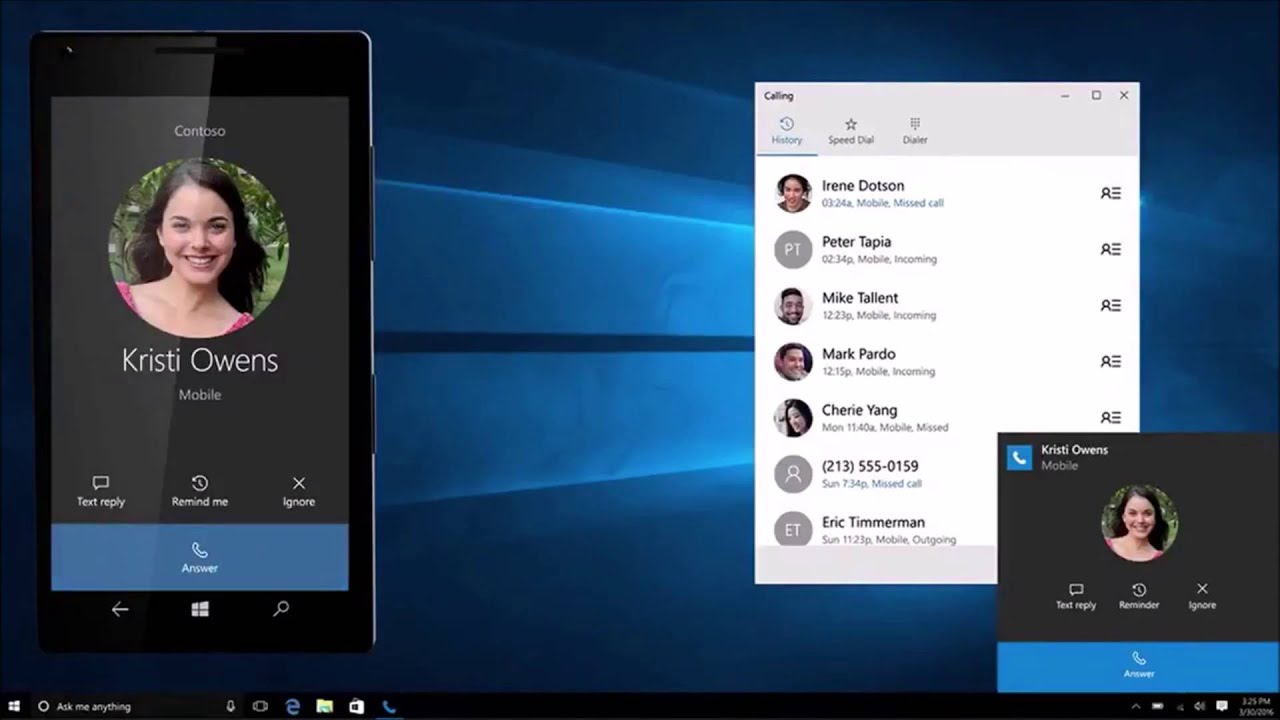 Of course, considering the fact that most of the things showed off at Build 2016  were just a concept, this might be a concept, too. However, this has been rumoured to come to Windows 10 for a while now, and it is probably coming with the Anniversary Update. It is worth noting that in a Build 2016 session, Microsoft confirmed that Continuum for phones will be getting support for the Xbox One controller, which is quite interesting.

What do you think? Discuss in the comment section below.

Get all the latest updates from Build 2016 here.