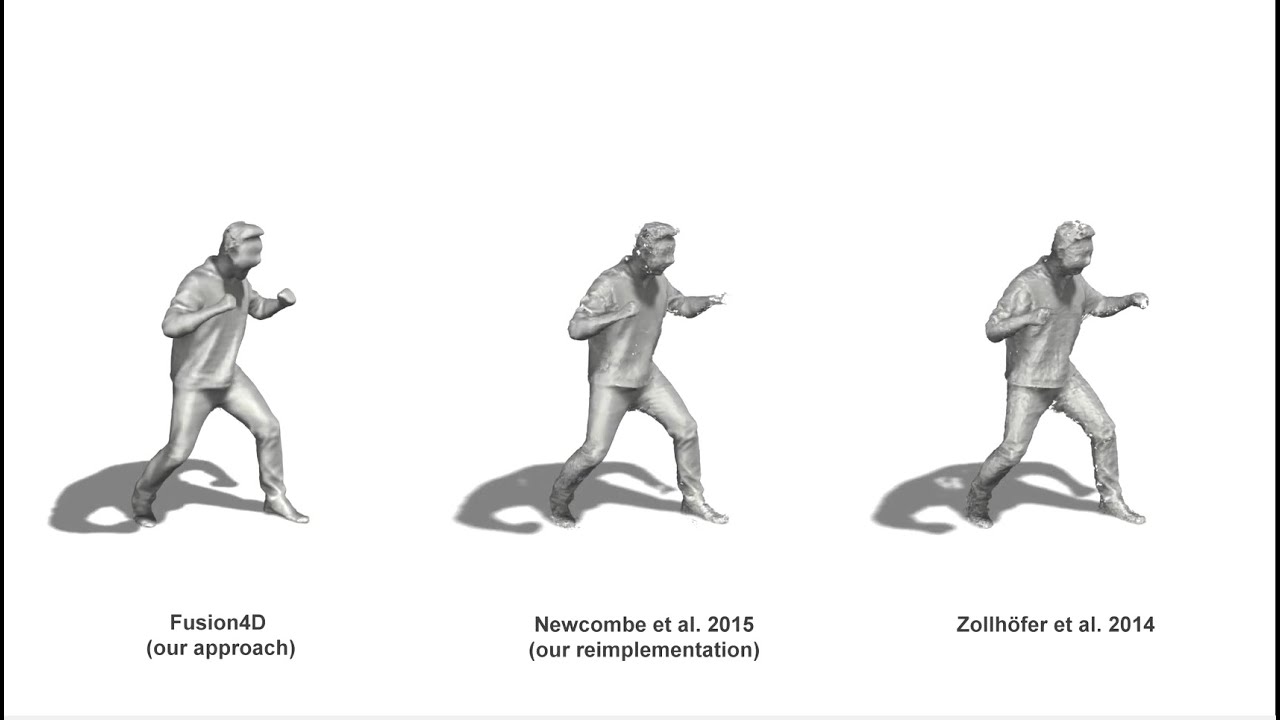 Our approach is highly robust to both large frame-to-frame motion and topology changes, allowing us to reconstruct extremely challenging scenes. We demonstrate advantages over related real-time techniques that either deform an online generated template or continually fuse depth data nonrigidly into a single reference model. Finally, we show geometric reconstruction results on par with offline methods which require orders of magnitude more processing time and many more RGBD cameras.

MSR believes that this work can enable new types of live performance capture experiences, such as broadcasting live events including sports and concerts in 3D, and also the ability to capture humans live and have them re-rendered in other geographic locations to enable high fidelity immersive telepresence. Learn more about this project from Microsoft Research.