Road Traffic Accidents are one of the leading causes of death in the world, particularly in less developed countries, leading to an estimated 1.25 million fatalities per year.

Microsoft Research India has taken it upon themselves to do something about it, and they note that in many cases the driver is the weakest link, through factors such as speeding, drunk and distracted driving, and generally poor driver discipline.

They felt the key to bringing about an improvement is effective monitoring of drivers leading to actionable feedback, which is where the HAMS application comes in.

Harnessing AutoMobiles for Safety (HAMS) uses an off the shelf dashboard-mounted smartphone, connected to an  OBD-II scanner for sensing, with an Azure-based back-end for aggregating, analyzing, and visualizing data.

The sensors used by HAMS include the front-camera of the smartphone that looks at the driver, the back camera that looks out to the front of the vehicle, the phone’s GPS & inertial sensors, and the OBD-II scanner, which provides information on the vehicle’s health.

By aggregating and analyzing  data from tens of thousands of miles of driving by the Microsoft India cab fleet they were able to detect issues such as driver distraction, driver fatigue, not maintaining the following distance and even whether the driver is wearing his seat belt.

Microsoft imagines the system being used by fleet managers, who could use the system to keep an eye on thousands of drivers, with key issues being automatically highlighted, or in a one to one system, such as a parent keeping an eye on the driving of a child.

The project has been ongoing since May 2015, and Microsoft recently posted a video showing it in action (see below). 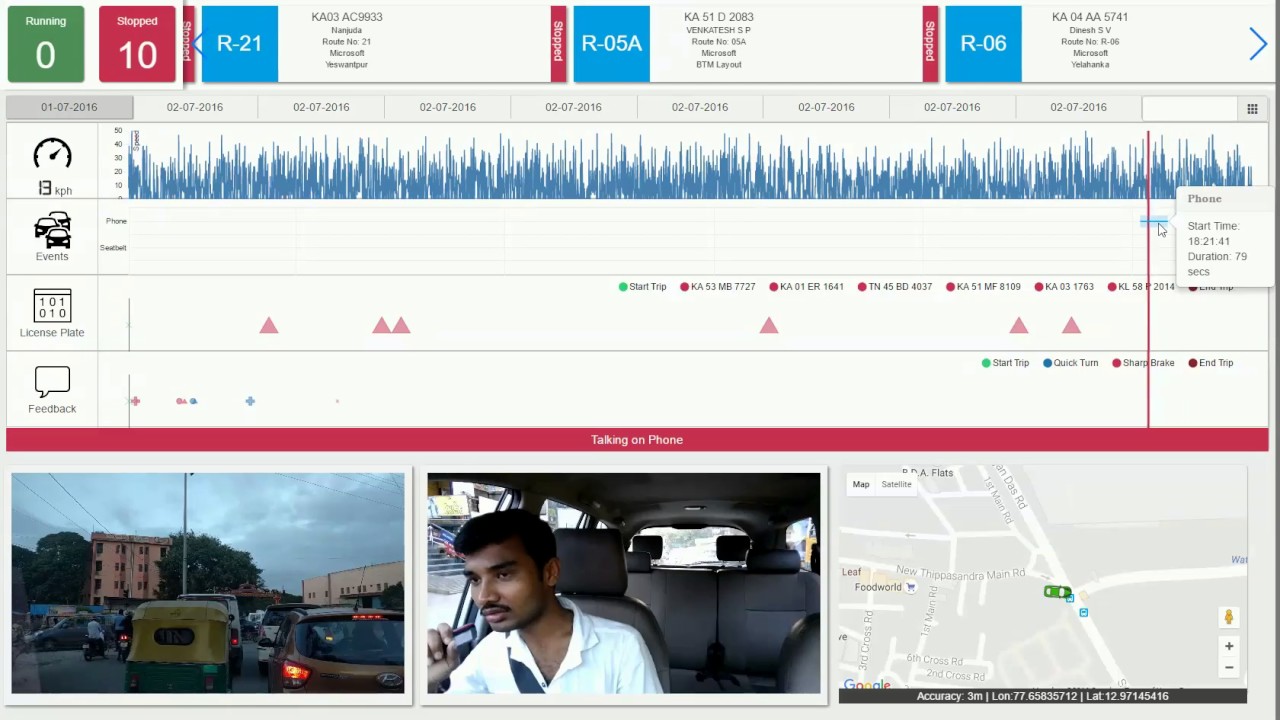 We know Microsoft has the capacity to get its technology in fleet cars, with Uber using Microsoft’s Real-Time ID Check from Microsoft’s Cognitive Services to verify their drivers.  While I am sure better driver disciple can save hundreds of thousands of lives, the system appears to be incredibly intrusive, even scanning the number plates of passing vehicles, and would keep professional drivers under near constant surveillance, which is a rather unpleasant work environment.

Do our readers think it is worth it? Let us know below.