Microsoft Teams recently picked up fairly major updates on Android and iOS. Thankfully, the software giant didn’t forget about Windows Phone and also released a major new update for the app on Windows Phone. The new update comes brings a couple of new features, some of which were much-needed.

Firstly, the update now supports single sign-in with the Office 365 apps, removing the need to sign-in to Teams if you have already signed into another Office 365 app on your Windows Phone. The update also now lets users @mention other members of the company on teams and channels, which is something you would hope the app to have from day 1. More importantly, you can now share content from Microsoft Teams in other mobile apps via the Share page in Windows Phone which was another much-needed addition to the app.

Microsoft Teams is still missing quite a lot of features on Windows Phone, and even on Android and iOS. Microsoft seems to be working on addressing this issue, so there should be feature parity across all platforms in the coming months. In the meantime, you can get Microsoft Teams for Windows Phone from the Windows Store below. 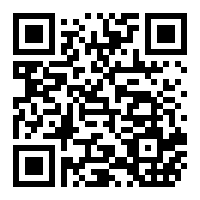