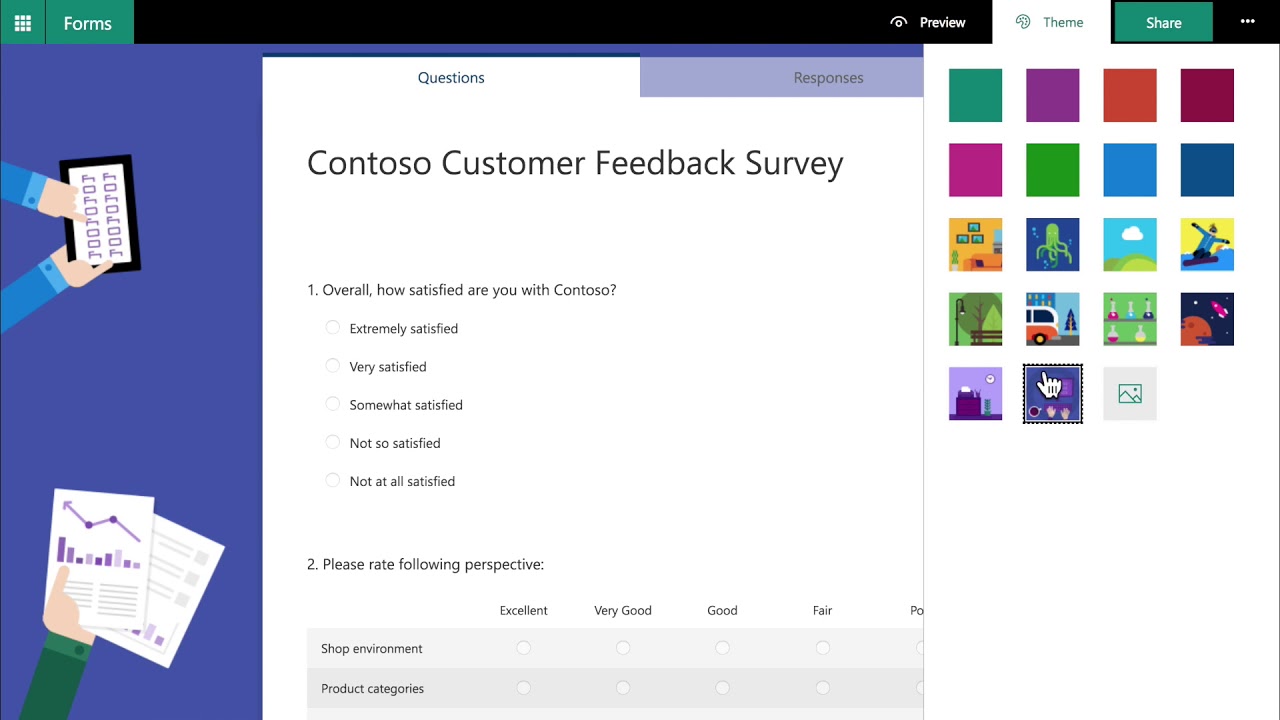 With Microsoft Forms, your employees can easily solicit client input, measure customer satisfaction, and organize team events, within minutes. The app is simple to use and works on any web browser, so it can be accessed from anywhere, anytime. With real time responses and automatic charts built in, Microsoft Forms makes it easy to understand the data right away.