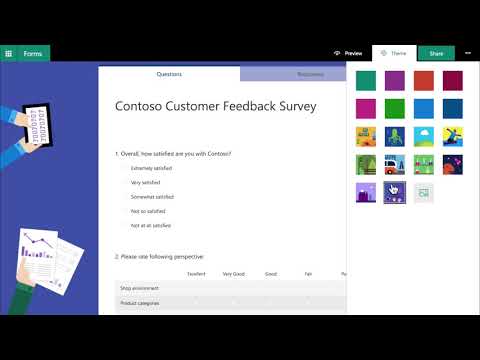 Based on the feedback collected from enterprise organizations during the preview period, Microsoft has added several new features such as SOC compliance, ability for IT admins to manage user licenses, controls to enable sharing of Forms outside of their organization, support for question branching and Likert scales and the ability to collect 50,000 survey responses per form. Microsoft Forms also supports custom branding, organizations can customize their forms using themes, logo, and images.

With Microsoft Forms, your employees can easily solicit client input, measure customer satisfaction, and organize team events, within minutes. The app is simple to use and works on any web browser, so it can be accessed from anywhere, anytime. With real time responses and automatic charts built in, Microsoft Forms makes it easy to understand the data right away.