Back in October last year, Microsoft announced its first Android device called Surface Duo. The Surface Duo comes with two 5.6” displays connected with a revolutionary 360-degree hinge that will allow you to use the device in various modes.

Now, Microsoft has filed a new patent titled ‘Hinged device’, which describes a Surface device with a single, flexible display.

The device described has a first and second portion, with the flexible display covering both. 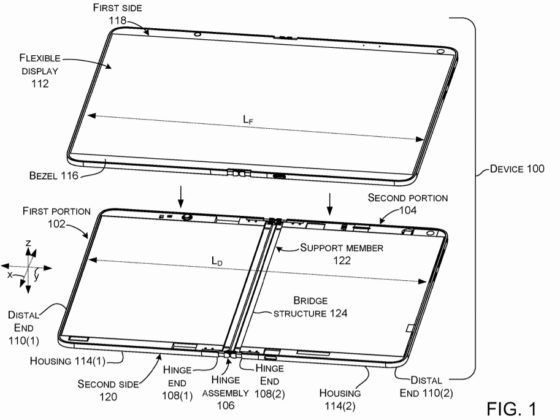 To combat any flimsiness, Microsoft included a cord which changes length in relation to the flexible display.  The first and second portions will rotate relative to the hinge axis, while the cord provides underlying support.

Microsoft will reveal more information about developing for dual-screen devices at Microsoft 365 Developer Day on Tuesday, February 11th at 8:30 AM PDT. 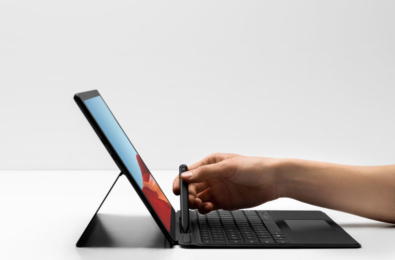