LG recently launched the LG Wing dual screen smartphone with a unique design that swivels the display 90-degrees to reveal a second display. The phone is definitely one of a kind and popular YouTuber JerryRigEverything got a chance to peek under its hood to see how the phone works.

In the teardown video, Zac noted some of the unique and wild design decisions that led to LG Wing. The phone has a hole in the PCB to pass a cable to power the front display and has a tiny hydraulic damper to absorb the shock from moving the display. The phone also has a curved track and two springs to make the whole swiveling contraption work. 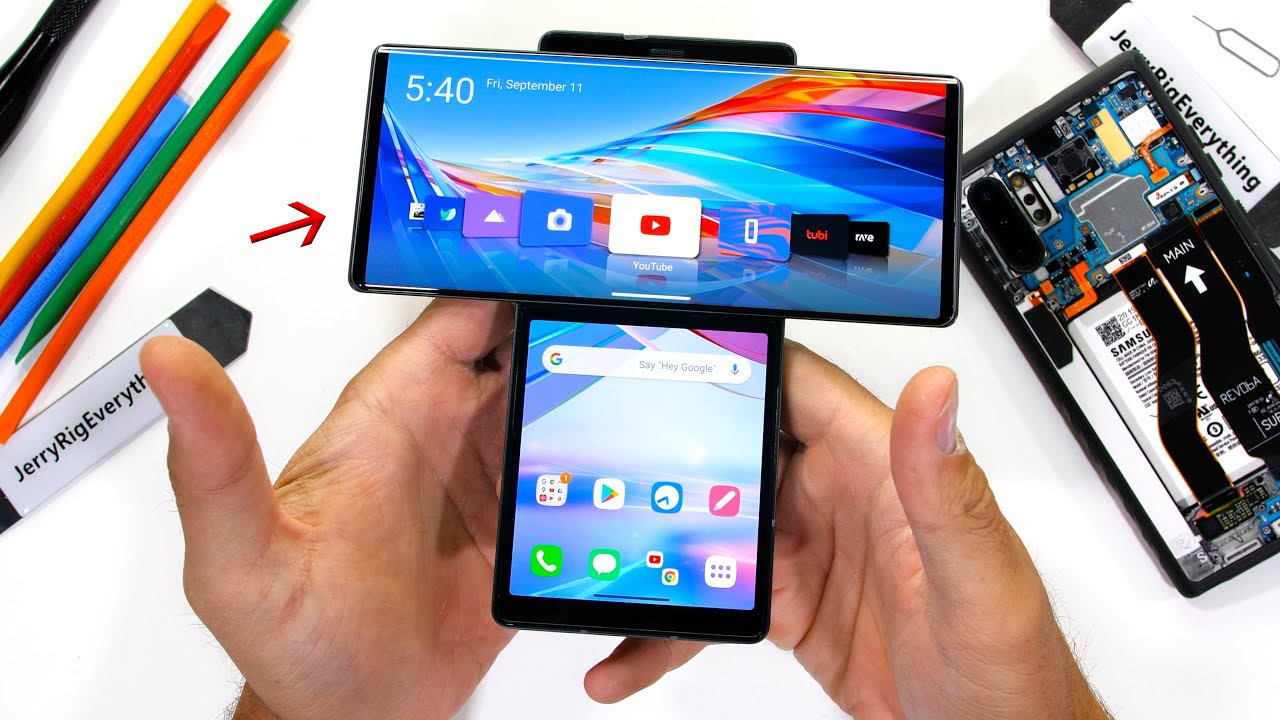 The video shows other interesting aspects of the device and also the downside of have such a design including an absense of an official IP rating.