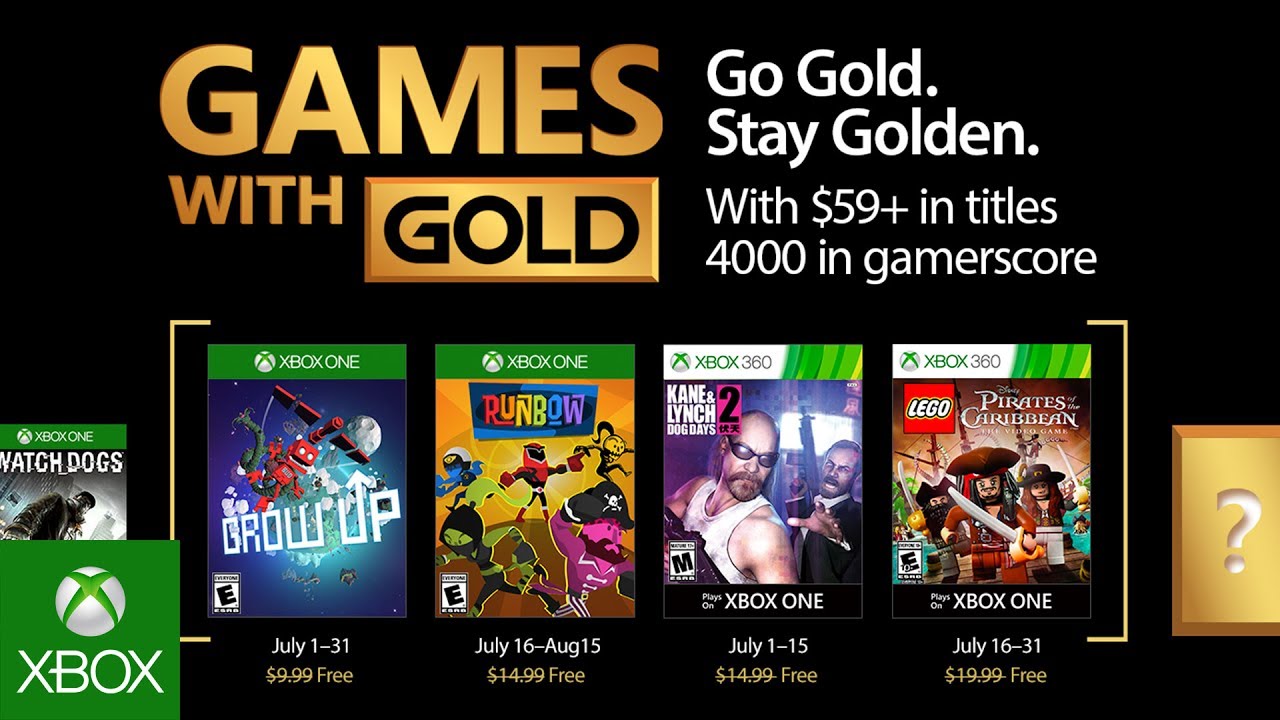 July’s free Games with Gold were just revealed and they include a few good games. While the Xbox One selection is somewhat limited with Grow Up and Runbow, on Xbox 360 we’re getting classics like Kane & Lynch 2: Dog Days and Lego Pirates of the Caribbean: The Video Game. The highlight of the month has to be Kane & Lynch 2: Dog Days, the other games are more casual titles.

Kane & Lynch 2: Dog Days has players control James Seth Lynch for most of the game. After the end of the first game, the pair part ways. Lynch starts a new life in Shanghai with a girlfriend named Xiu, working for a crime organization led by English-born Glazer. When Glazer tells Lynch about a plan to smuggle guns to Africa, Lynch calls Kane for aid in return for a split in the deal. The money would not only help them retire, but also benefit Kane’s estranged daughter Jenny.

Grow Up is the sequel to Grow Home where you control a robot and grow plants to get higher. Runbow is a multiplayer racing game. Last but not least, Lego Pirates of the Caribbean: The Video Game is exactly as the name suggests. To be honest, all of them are fun experiences Xbox One owners should try out, but you should definitely give Kane & Lynch 2: Dog Days a go first.