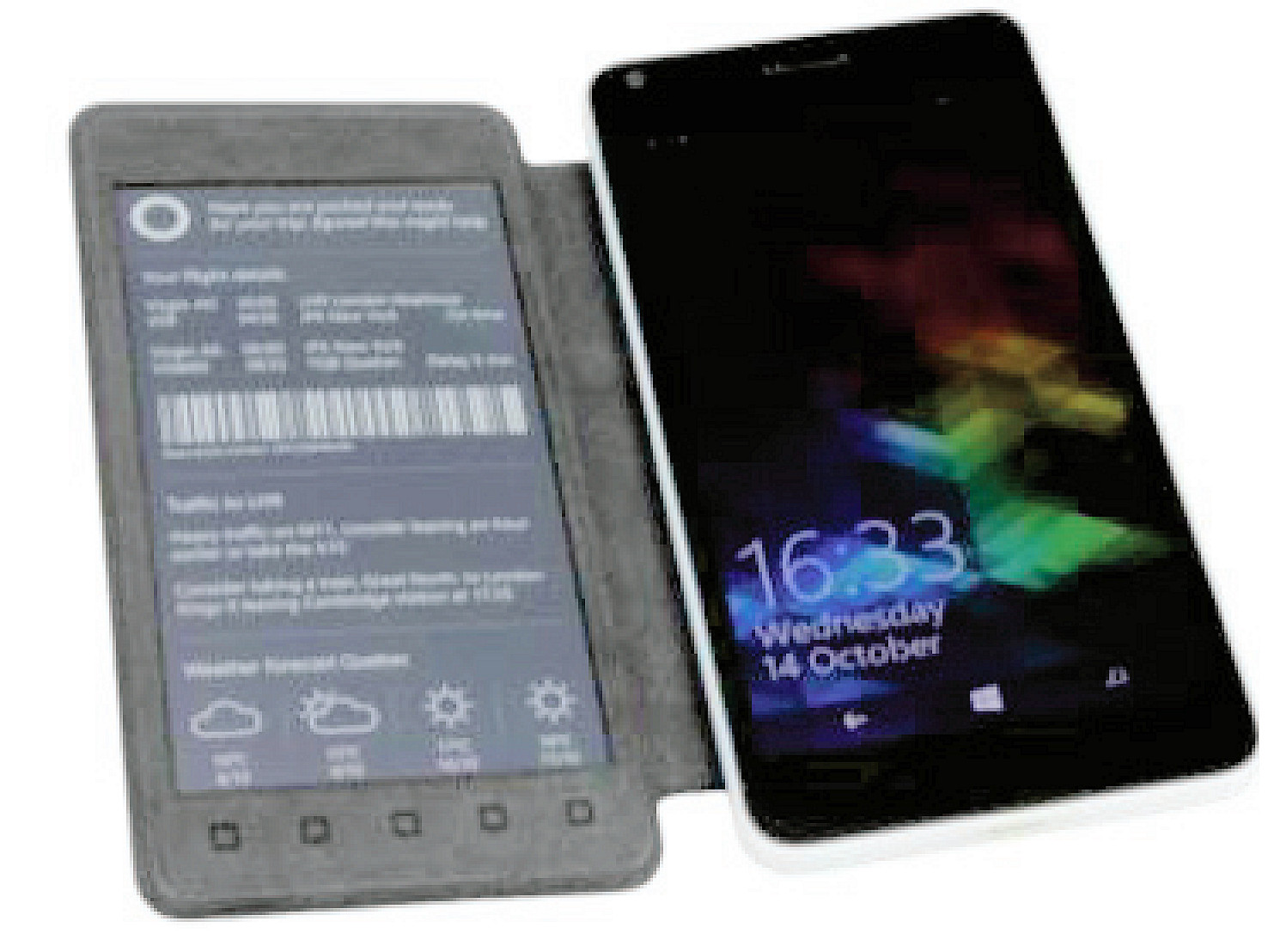 Way back in 2016 we wrote about a Microsoft Research project to attach a secondary screen to a smartphone, making for an e-Ink “Display Cover” that can be used for a wide variety of uses.

It the time it appeared that the accessory may become a reality, but of course, we know what actually happened.

It appears Microsoft Research is still keeping the idea alive, as they just presented the project at UbiComp 2018, a conference on pervasive and ubiquitous computing that is being held in Singapore.

The device, which attached to a Lumia 640,  featured an Alcantara cover (well before the Surface line) and had 5 buttons, one of which could be used to grab a screenshot of your current screen which would then be displayed even when your phone was off. It was powered by the battery of the smartphone but received its data over Bluetooth.

Despite the idea showing up now, it seems the work is more a throwback to the past rather than an active project now, but hopefully, Microsoft drew some ideas which could show up in actually living products such as their Surface Line.

The research paper can be read in full here.