Is your Instagram app running a bit sluggish? If you’re running anything less than a high-end Windows 10 Mobile flagship, you’re not going to able to take to the Windows Store to complain. Along with its Face Filter enabling update for Windows last week, the firm also implemented a new minimum hardware requirement for hardware.Now, Instagram will require 2GB of RAM, the app appears to install and function without it on my Lumia 735, but you won’t be able to leave reviews while lacking the required hardware.

Facebook previously raised the minimum requirements for Facebook and Messenger in Windows 10 up to 2GB of RAM, so it makes some sort of sense that Instagram is also upping the requirements as it is built on the same OSMeta technology. This OSMeta technology also explains why a primarily social media-cum-camera app would require 2GB of RAM as it is not a native Windows app but is instead a ported version of the iOS app (which runs fine on the 1GB of RAM sporting iPhone 6 and older handsets if you were curious). 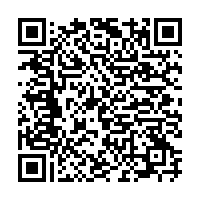