A week back Microsoft released an update to Groove app for Windows Insiders on PC, Phone, and HoloLens in Windows Store which included Your Groove. Today, they released this update to non-insiders as well.

For many of us, music is the soundtrack to our lives. It creates the right vibe when we’re celebrating with friends, it sets the tone when we’re trying to focus, and it keeps us energized when we’re working out. Music not only brings us together, it creates the right atmosphere that allows us to be more productive at everything we do. Finding the right music for everything you do can be hard: with over 40 million songs to choose from in Groove, where do you begin? Here at Groove, we’ve listened to your feedback telling us you want more discovery features in the app and we’ve tried to make it a lot easier to find music you love by bringing you access to hundreds of curated playlists, hand-picked by our team of experts. You can browse them by activity, mood, or genre, and can play or save them offline for later when you don’t have a connection available.

The playlists will be curated by Groove editorial team, and by a team of expert providers that will help make sure you always have something to play that’s right at your fingertips no matter what you do or how you’re feeling. The feature will be rolling out first to everybody in the United States, United Kingdom, Canada, Germany and France on Windows 10. Download Groove app for Windows 10 PCs, phones and Hololens using the below link. 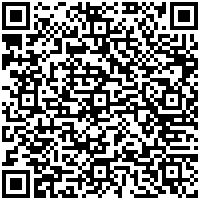