The latest Forza Horizon 5: Let’s ¡Go! Livestream was all about how the cars in Forza’s latest outing should sound better than ever thanks to new recordings that use ray tracing principles.

With the biggest ever roster of cars in a Forza Horizon game at launch, Playground Games has been hard at work making sure that each one of them sounds as good as possible by physically recording over 300 cars over the past two years.

Throughout the livestream, Mike Brown, creative director, and Fraser Strachan, lead audio designer at Playground Games talked over footage of some of the recordings taking place, showcasing the Jaguar XJ200, Morgan 3 wheeler, and a handful of Toyota Supra’s in different modded configurations to make any version you build sound as good as can be.

Also revealed during the livestream were a number of improvements that’ll be coming to Forza Horizon 5 beyond the raw audio files, such as the development of granular hybrid looping technology which will now be available on 100% of Forza Horizon 5’s cars, rather than just 15% of vehicles in past instalments.

This technology uses smaller samples from all of Playground Games’ recordings to more accurately respond to what you’re doing on screen. Running at 90FPS, the audio actually runs faster than the game does which makes “the cars feel more responsive” according to Strachan.

On top of this, Forza Horizon 5 will also use ray tracing principles to make the audio more reflective of the environment it’s happening in. This means that car sounds will bounce back and reverberate more or less depending on where you are, with urban environments reflecting more sound than dense jungle foliage.

It wasn’t all just talking over footage of the cars being recorded as after the livestream Forza posted an uninterrupted preview of the in-game audio which sounds absolutely fantastic. All the pops, cracks, burbles, and turbo hiss’ have been given a new rich depth in the audio which should make Forza Horizon 5 feel better to play no matter which terrain you’re racing on. 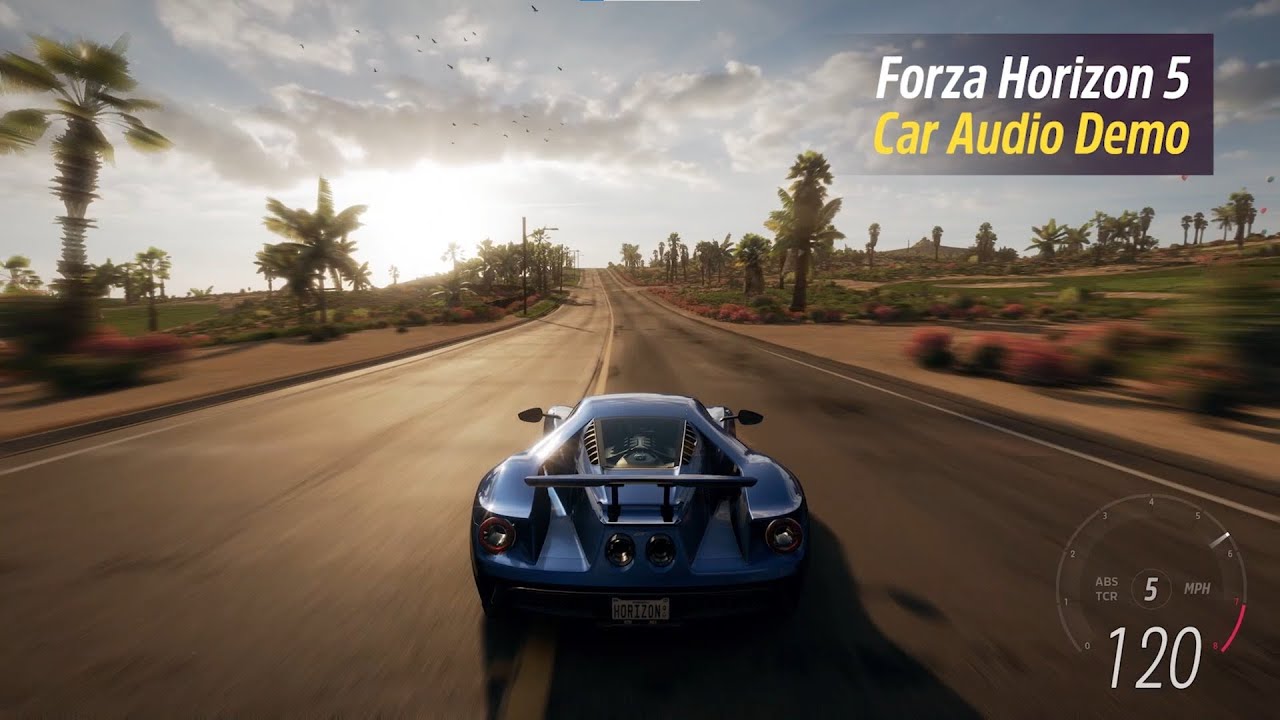 Forza Horizon 5 is set to launch on Xbox Series X|S, Xbox One, and PC on November 9th 2021, where it will be available on Game Pass Day One.