Update: Everspace just received an update on Xbox One which fixes the frame rate stuttering and also tightens shooting mechanics. We’ve been playing the recent patch for an hour and the performance is markedly improved. Plus, it’s also easier to shoot enemy vessels. Hopefully Rockfish Games will continue to push our these updates and further improve an already amazing game.

Rockfish Games just announced the last major update to Everspace before the full game releases on May 26. As of now, version 0.7 of the action-packed roguelike space shooter is ready to download on Xbox One and PC.

In the latest update, players will encounter the remnants of a mysterious alien race known only as The Ancients. Ruins built by the technologically-advanced race hold teleporters that work as shortcuts, letting players skip some locations on their journey. The ruins also contain valuable Glyphs, which function similarly to the previously introduced Sub-Routines but with far more fantastical effects, affecting overall playstyle immensely. Getting these Glyphs will not be an easy task as players must first confront the mysterious Ancients themselves! 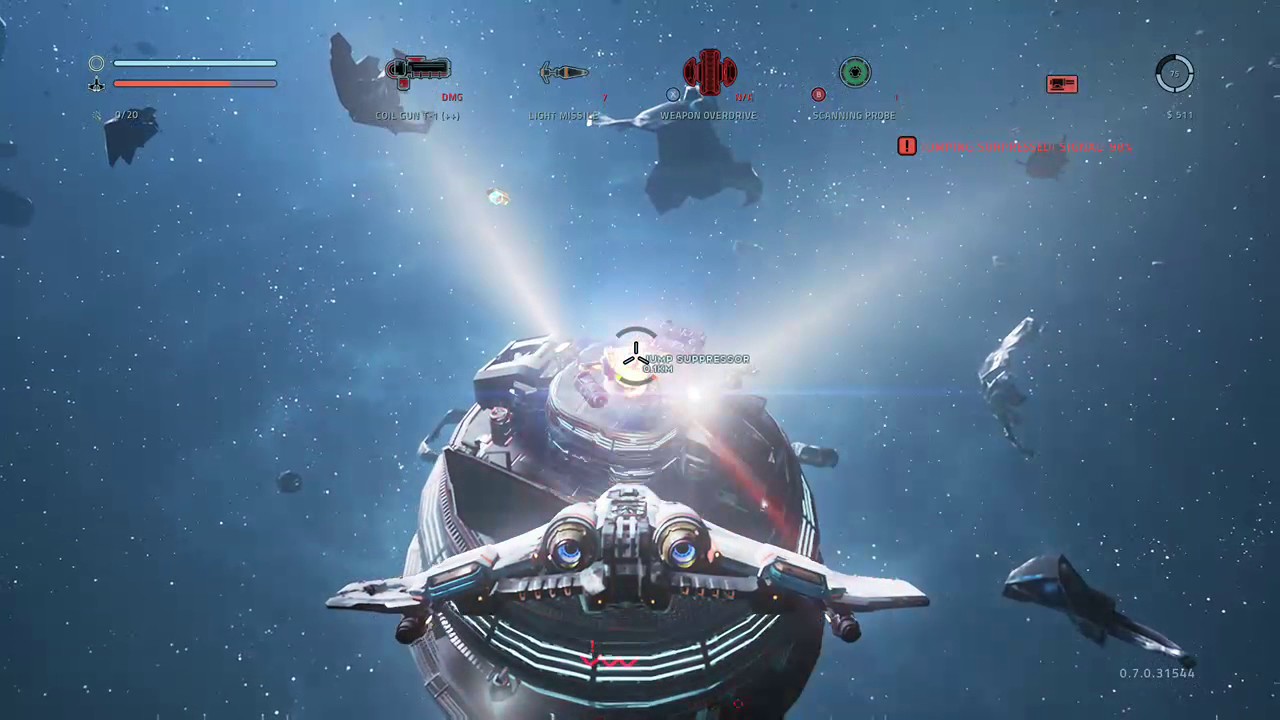 Functional cockpit displays have also been added for all player ships. In addition to extant interface elements, players will now be able to see the component damage overview of their ship, as well as information about locked targets. With this addition also comes an option for purists to turn off the interface elements entirely in first-person mode and rely solely on cockpit instrumentation.

The popular Colonial Gunship, already upgraded in previous releases, gets another new and exclusive device called the Missile Turret. This mighty piece of equipment automatically fires salvos of powerful homing projectiles, with the downside of having a longer reload time between shots.

Along with these massive additions, the newest update fixes occasional crashes encountered on Xbox One in the recently-added Colonial Stations, includes backer names from the crowdfunding campaign in several game locations, and significantly enhances the game’s overall performance and visual quality.

Everspace is a phenomenal experience and gamers who enjoy titles like Elite: Dangerous and No Man’s Sky should consider buying it right now. While it doesn’t offer deep space exploration elements, it’s more along the lines of a game like Rogue Legacy. The title is out on Xbox Game Preview at the moment and supports Xbox Play Anywhere. Be sure to pick it up before May 26 because that’s when the price will increase.