Despite the upcoming release of Dying Light 2 being poised to give gamers a huge helping of zombie slaying madness later this year, developer Techland is still releasing downloadble content for the original, this time in the form of Dying Light Hellraid.

Revealed through a new teaser trailer, Dying Light Hellraid will see four players fight through the demonic hordes of Hell by interacting with a very spooky arcade machine. Top tip, guys: if it looks spooky, don’t touch it!

Before being packaged into Dying Light, Hellraid was originally a standalone four-player co-op game that was announced during 2014. The game was never officially cancelled by Techland, but it is nice to see the game at least find life in the form of this Dying Light DLC. 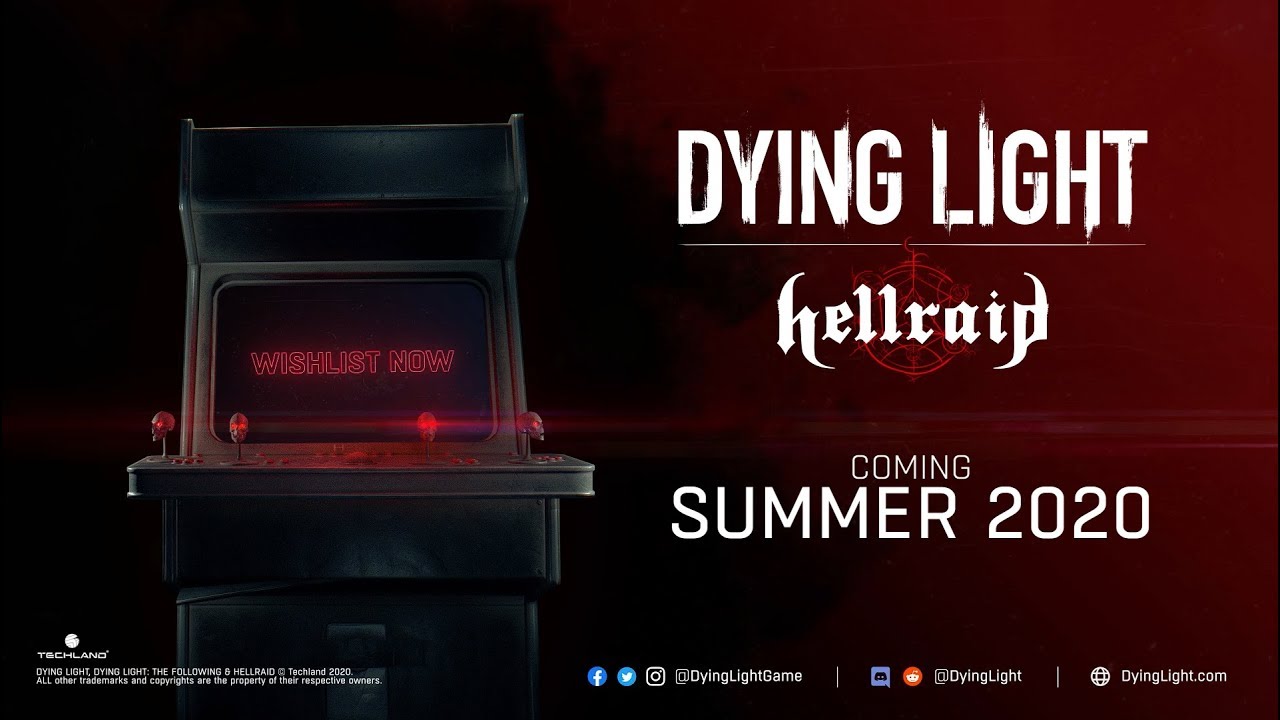 Anyways, as for the premise, the synopsis for Dying Light Hellraid is fairly simple:

“It all started with an arcade machine survivors found in the Tower’s basement while investigating an odd power outages. None of them could remember seeing this strange device ever before. They moved it upstairs, unaware of its true nature.”

Anyways, the Dying Light DLC is coming to players this summer.