Disney’s popular version of Crossy Roads, just released a month ago, has already seen it’s first update in the form of a new Jungle World in commemoration of the release of the live action Jungle Book film. The update also adds 25 new figurines, with 14 of them being hidden. The version notes add “Try not to catch fire as you explore The Jungle and collect wild ‘n crazy figurines like Mowgli, Baloo, and King Louie.”

Check out the details of the game below.

Why should the chicken get all the fun? From Hipster Whale, the makers of the original Crossy Road™ with over 120,000,000 downloads, and Disney comes Disney Crossy Road—an all-new take on the 8-bit endless adventure to cross the road without splatting! Tap and swipe your way to a record-setting number of steps with 100+ Disney and Pixar figurines while dodging crazy and unexpected obstacles in the 8-bit worlds of Toy Story, Zootopia, The Lion King, The Haunted Mansion, Tangled, Wreck-It Ralph, and more.

Head to the Windows Store to grab the update, or download the game below for free: 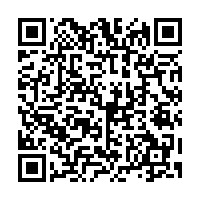