CrossfireX Multiplayer preview: A lacklustre Xbox exclusive that could surprise in its campaign

When Phil Spencer stood on the stage at E3 2019 and announced that CrossfireX was coming to the Xbox, it was seen as a big deal. Unsurprising really, given that the PC-only tactical FPS has over 650 million players and is one of the highest grossing games of all time. This is the first time it will ever be ported to a console, and being Xbox exclusive was seen as a big coup.

But while the game was touted as a major title for Xbox’s 2020 lineup back at E3, our time with the shooter only found a game that’s reasonably competent but unremarkable in the face of more modern games. So, before the game enters its open beta on June 25th, read our findings on this underwhelming upcoming Xbox exclusive.

In the closed multiplayer beta for CrossfireX, we were given access to two playmodes: Classic and Modern. I started with the Classic mode, which means no sprinting, no respawns and no ADS (aim down sights). It certainly felt archaic. In Classic mode, you’re given a choice of two maps, each with a similar game mode, with one key difference between them.

To start, Black Widow is an outdoor town-based map, with A and B objectives. One team will try to plant C4 on an objective, and the other will try to defend them. The town itself is continental in design, complete with plazas, cobbled streets and cute little cafes. It’s the sort of place you could imagine going on a long weekend break, if not for the 8-aside deathmatch taking place.

Those cramped cobbled alleyways and wider streets provide a number of routes to your objective which can allow for some tactical play where you can sneak behind your opponent. The compact nature of Black Widow means you can quickly find the action if you want, but with tight corners you run the risk of being immediately sniped as you turn them. There is a reason this is called a tactical shooter!

Laboratory is the second map, but it comes with a twist on the gameplay in the form of Spectre mode. The core principle remains the same – two teams either attacking or defending two points – but in Laboratory the attacking team are spectres. This means they are near invisible and armed only with knives. The more you move, the more visible you become, and if you aren’t moving you’re exceptionally hard to detect. It’s quite disorientating if you’re just dropped into the map, as the game doesn’t particularly explain to you what’s going on in its current form, but you quickly get into the groove and I found myself enjoying it.

There’s something quite ridiculous in trying to fight an opponent you could barely see, and watching my teammates shoot frantically into the corners of the room ‘just in case’ was hilarious. It’s even more fun playing as the spectre, living out your Predator fantasies as you skulk around in the air ducts and crawl spaces, popping out to pick off foes. In one match I spent a good 30 seconds standing next to two players who were frantically running back and forth trying to secure the doorways, all while waiting for the opportune moment to strike. Even at the start of the match when you watch this horde of invisible men charge off into the fray had a comedic element to it. It somehow managed to marry silliness with incredible tension. That’s a hard feat to pull off, and makes this a highlight of the preview.

That said, although Spectre mode is surely the more enjoyable aspect of the suite of CrossfireX Classic modes, it’s inability to explain what players can do for either team leads to some frustrating battles. How is the player supposed to know that Spectre players have a one-hit kill as a secondary attack instead of their paltry primary attack?

On the other side of the mode selection screen, CrossfireX offers its illustrious sounding Modern Mode. It doesn’t really deliver anything you haven’t seen before, but you can now sprint and aim down sights – a welcome addition for those who crave a faster-paced experience.

Modern Mode only had one map for us to battle on – GR Tower – and also introduces Point Capture, a fight that pits two teams against each other to control two points while racking up kills. When a team secures a high enough number of kills, you then have to zipline out of the tower to duke it out over point C before the game ends. If I was being generous, I would say that the scrabble out of the building into the garden for the final fight is a poor facsimile of that final rush to the extraction zone in Titanfall, giving the gamemode a second level, so to speak, but that is a reach.

Spawn killing in CrossfireX is currently grotesquely easy. The opposing team would often spawn camp, picking players off the moment they rejoin the game, giving any players no chance of getting into the action until you’ve managed to whittle down the squatter’s health. Once a team has settled in a couple of key locations, it’s easy to bring home to win with underhanded tactics. That said, those instances were one of the few times I was grateful the game lacks a killcam.

From a purely technical point of view, my experience of CrossfireX was a mixed bag, but most of that can hopefully be attributed to the game’s beta status. There were bugs – such as a bug that disconnected my external HDD – and some bizarrely optimised menus that definitely feel reliant on a PC-centric design.

However, despite the technical quirks, CrossfireX does nail down arguably the most important aspect of an online multiplayer shooter: matchmaking. I was impressed with how quickly matchmaking worked. It was rare that I ever waited more than a minute to jump into a game, and I saw no rubberbanding or disconnecting once in a match.

After all my time with CrossfireX, I had one question: Who is this game for? This is the question I started this hands-on preview with and I still don’t quite have a concrete answer. 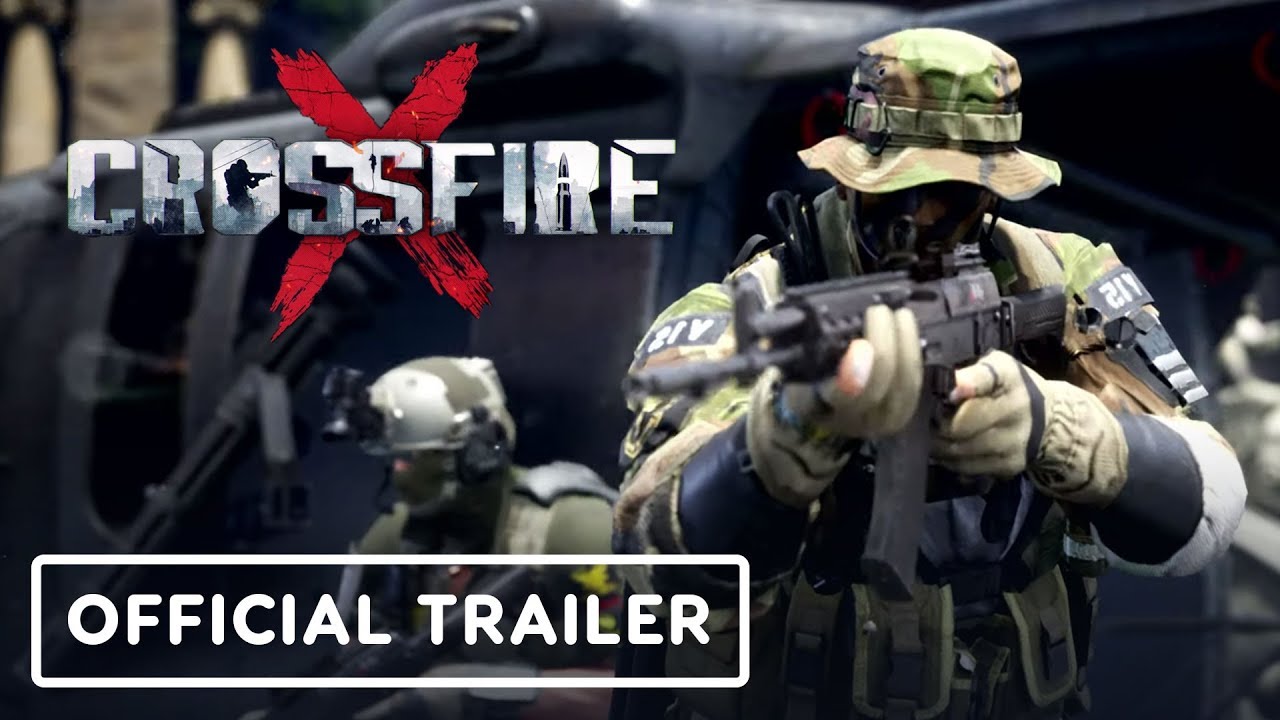 The game is very similar to CS:GO, and to date we haven’t seen that style of shooter on consoles this generation. Now, with frame rates beginning to be more consistent, people are looking for a more technical shooter and CrossfireX could well scratch that itch. On the other hand, while it’s possible that CrossfireX will find a receptive audience, how likely is it that you have fans of CS:GO style shooters who don’t already own a PC?

CrossfireX won’t drive in audiences from Apex Legends or COD, given how clunky the gameplay is and how sluggish the movement feels. The modern shooter’s fluidity and pace is absent here; even the modern mode felt unsatisfying to play compared to other console games in the genre.

Perhaps the game will fare better in its campaign, which is being built by Remedy (developer of the fantastic Control and Quantum Break) but until that is out we won’t know. However, if it plays and feels fundamentally the same as the multiplayer experience, I fear it will be an unremarkable addition to the FPS genre.

CrossfireX will have an open beta on Xbox One from June 25th-28th.