Either I’m really bad at Code Vein or Code Vein is really hard—I think it’s a combination of the two. During my lengthy two-hour play session with Bandai Namco’s upcoming anime Souls-like, I found myself failing more times than I ever have in From Software’s titles. In Dark Souls, Bloodborne and everything in between, I’ve at least made it through the opening section with fairly little death on my part. My time with Code Vein? Let’s just say it didn’t go as well as I’d hoped.

Developed by the team behind God Eater, Code Vein already feels larger in scope than anything the team has created before. The game’s hub world—the name of which we don’t yet know—is a grand evolution from those seen in their prior work. While new characters will turn up later on in the game, what we have right now is a populated and atmosphere-rich congregation within a towering cathedral setting. It’s truly stunning.

Before you can experience any of the game’s gorgeous environments or challenging combat, you’ll first have to create your avatar that will take the punishment that gets dished out. Character customisation is nothing new in Bandai’s games, but this is a huge step up from the likes of Jump Force, God Eater and other games. Creating your playable Revenant—a vampiric demon hunter of sorts—is a fun experience that can obviously lead to some amazing and regretful character designs.

Unlike those other games, character customisation is deep and fulfilling. Using a clever layering system, which cares not for clipping issues, you’ll be able to pile item after item onto your character. You can have an adorable ponytail popping out of the back of your afro, you could wear two conflicting hats, you could wear glasses over your eyepatch. While you can make a cool anime pretty boy (or girl), Code Vein allows you to run completely free. You can make a monstrosity. I know I did. If at any point in time you wish to change your appearance to something that isn’t God’s mistake, you can change everything except your gender back at the game’s hub.

This level of player freedom is one of the main focuses of Code Vein’s unique souls-like experience. Classes are adaptable: throughout the game you’ll acquire different codes which allow you to take on different stats and weapons. Every class has a unique series of skills (called gifts) which you can perform. One gift, called Adrenaline, was simply a boost in attack power, another saw me teleport to an enemy and strike them down, another caused a blood explosion that knocked enemies down and staggered larger ones.

These gifts are the meat and potatoes of the game’s combat. While attacks and dodges feel appropriately satisfying, it’s these unique skills that make this particular souls-like adventure feel unique outside of its gorgeous anime aesthetic. Each skill uses a resource called Ichor—the stronger a move, the more Ichor it uses. Battles become a careful balance between using your base weapons, dishing out your gifts and finding time to drain enemies of their blood for more Ichor. 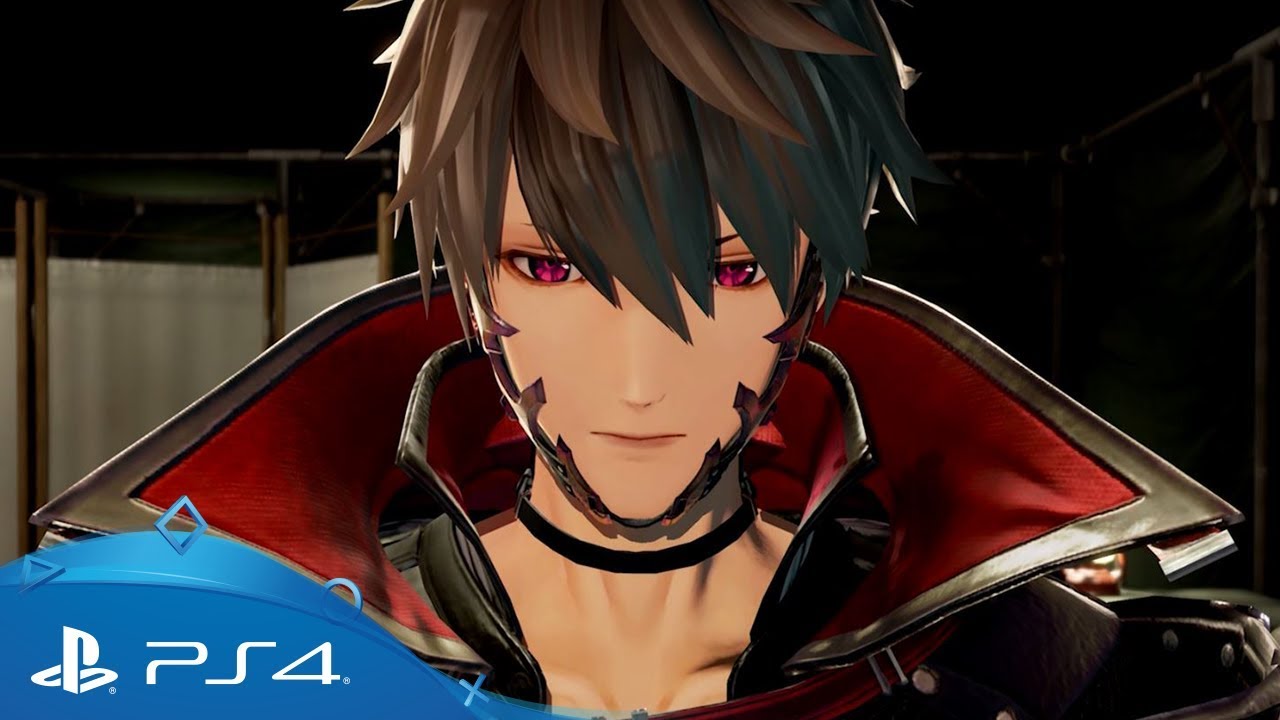 Even in the early build we played, the amount of equipment shown to us was suitably varied. Starting off with a crowbar and some rebar, we ended the game with equipped with a bayonet rifle and a gigantic heavy axe. Each weapon feels solid and different enough from each other—although there’s no telling if that’ll remain the same throughout the entirety of the game. Also available are cloaks which allow you to parry and drain blood. During my playthrough, I never got the parry down—it never felt as simple-to-use as, say, Bloodborne’s guns.

Code Vein’s final unique mechanic is the fact that, for once in a Souls-like, you aren’t alone. While there will be sections of loneliness within the decrepit tunnels of the game’s post-apocalyptic world, most of your playtime will be with played alongside friendly Revenants or, in the final game, a co-op partner. With characters being able to revive you and heal you, along with you being able to heal them, adapting your play to your co-op partner will become essential in the final version.

Code Vein is shaping up nicely. It’s a hard, sorry, challenging, Souls-like with its own special charm. So far, there isn’t a game anything like this despite the influences it wears proudly on its sleeve. It’s a mix-and-match of Souls and God Eater. While it still has a few kinks to work out, we had a great time playing it. It’s violent, it’s cool and it’ll kick your ass hard. Even so, Code Vein is a game that you should keep your eyes on. There’s potential here.

Code Vein is planned for Xbox One, PS4 and PC. Its release date has not been announced.