Phones have gotten really weird, and today’s launch of the Asus ZenFone 6 is no exception.

Primarily driven by the desire to kill bezels and the notch, we have seen some really bizarre designs recently, from sliders to pop-up cameras to of course punch-hole cameras, but the ZenFone 6 literally flips the paradigm with a camera which flips from the back to the front of the device.

Besides this very cool feature, which allows 48-megapixel selfies, the device is very much an affordable flagship.

It features a Qualcomm Snapdragon 855 chipset, up to 8GB of RAM and up to 256GB of storage, dual-active nano-SIMs and microSD card expansion, dual-speakers, dual-microphone noise cancellation, a headphone jack and NFC.

It also has a 6.4-inch FHD+ LCD screen with HDR10 support, and a rear-facing fingerprint reader, all powered by a massive 5,000 mAh battery (with reverse charging support via USB-C), while still weighing only 190g.

The dual-camera (which serve as both the front and rear-facing cameras) consist of a 48-megapixel f/1.79 main camera (with laser focus) and a 13-megapixel 125-degree ultra-wide camera with dual-LED flash. They support up to 4K (60fps) video recording and 720p 480fps slow-motion capture with electronic (not optical) image stabilization.

The flipping camera is made of “liquid metal” and automatically retracts if it detects a fall and has been tested to over 100,000 continuous flips.

The phone runs Android 9-based ZenUI 6 and the device features an extra button with Google Assitant support and other custom actions.  The device is expected to get Android Q beta soon.

Despite all the amazing features the smartphone will be retailing for only €499 (about $560) for the version with 6GB of RAM plus 64GB of storage. Pre-orders start today with delivery in 2 weeks. 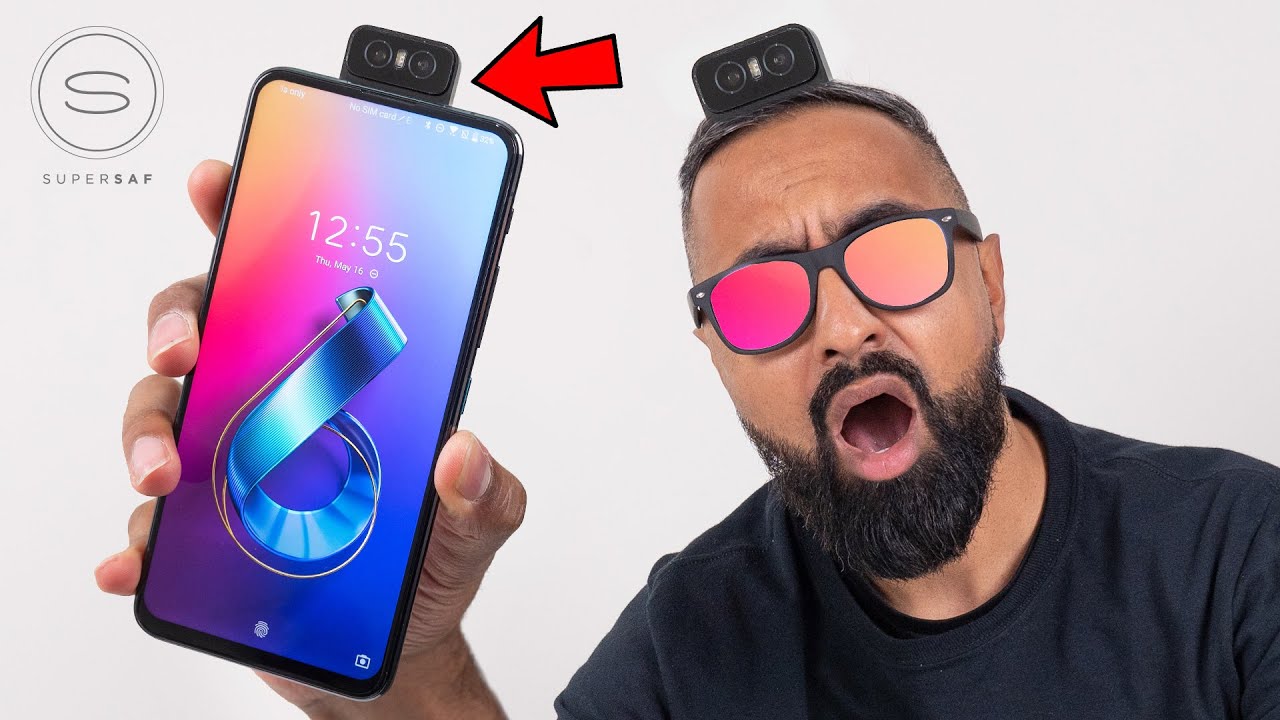