At Computex 2018 Asus showed off a stunning concept laptop, the Asus Precog. The Asus Precog Duo dual-screen laptop was a flexible device that could be used in a number of configurations, such as laptop mode (whats Asus calls Stand mode), but also tent mode, fully flat or even stood up to resemble a dual-monitor PC setup (which Asus calls Book mode).

The laptop was meant to hit the market in 2019, but in the end, appeared to disappear off the radar.

Dual-screen Windows foldables are of course all the rage these days, and it appears the project has been revived, with Asus teasing the Asus Precog Duo Screen as a product for 2020 in their latest financial report.

The slide notes that dual-screen defines the laptop of tomorrow, and Asus has of course been at the forefront of this with their well-received Screenpad range.

In 2018 Asus said they planned to offer an adaptive input experience, which they call Intelligent Touch, which automatically recognizes the input device you’re using and changes the virtual interface accordingly. The Asus Precog Duo would also automatically adjust the keyboard location depending on where you place your fingertips, or automatically switch to stylus mode when a stylus touches the lower screen. The laptop would have come with support for both Cortana and Alexa, which Asus has enabled to display on a different screen from the one you are using.   It also supported Intel® Movidius™ Vision Processing Unit, so the PC will always be able to see you and respond to what you are doing with your hands for example. 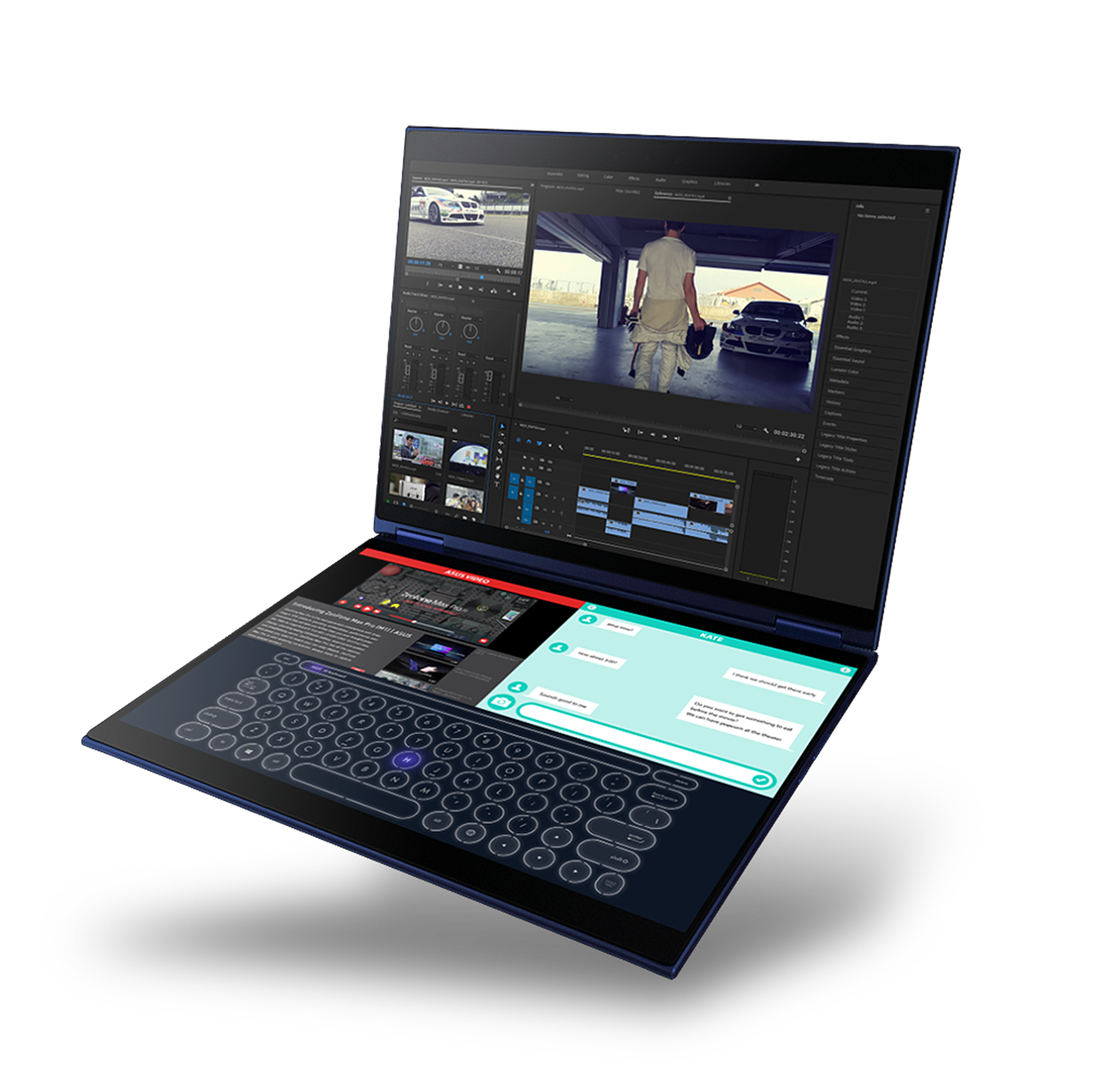 It is likely the device was delayed by Microsoft’s delayed delivery of Windows 10X. Hopefully, Microsoft will complete their work on time to allow companies such as Asus and Lenovo to release their much-delayed hardware.