While the Windows phone world is now focused on the HP Elite X3’s  Alcatel is rumoured to be working on a formidable “superphone” of its own – the Idol Pro 4 – due for release sometime soon.

The phone – which we’ve covered before – might have something more up its sleeves than the regular super-fast processors and beautiful screens which – while genuinely pleasant – are so common place in phones as to be par for the course rather than standout features.

First spotted by WinFuture.de, Alcatel has a hidden VR Launcher app in the Windows Store aimed at phones, presumably to facilitate the use of VR on their upcoming ” superphone”. The app is aimed at phones running Windows 10 Mobile  and while it does list Windows 10 as a supported OS – the lack of anything other than ARM support makes it a non-starter for non-phone devices.

Aside from that, WinFuture.de also managed to lay their hands in what they claim to be the ROM of an Alcatel Idol Pro 4. In the Idol Pro 4’s ROM, they found various libraries and references to VR software which would be baked deeply into the ROM.

While this is all very interesting, it is also worth noting that the Alcatel Idol Pro 4 has been rumoured for months now, with Alcatel referencing it with a wink and a nod earlier this year. As 2016 nears to a close, the chances of seeing the Alltel Idol Pro 4 – as well as the chances of the device actually being relevant grow ever slimmer. That is not to say that the device itself would not be a good one in theory.

The HP Elite X3, NuAns Neo and the Alcatel Idol Pro 4 (as rumoured) are lovely devices that attempt to take the concept of a phone and push it beyond the dull glass slabs we have today, unfortunately, it would have been better  for these manufacturers if these efforts had come a year or two ago. As it stands, it may be too little, and much too late. 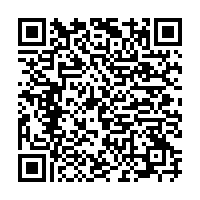