WSATools, an APK installer for the Android subsystem for Windows 11, is now available in public in the Microsoft Store.

WSATools is NOW PUBLIC on the Microsoft Store! Thanks everyone who helped ?

This update also improves ADB installation, now it won't crash anymore for those of you that had this bug. This also fixes a few loading screens getting stuck!

The app has been having a bumpy ride, running into a number of issues being listed in the store, including problems with the name WSATools containing the WSA initials, which Microsoft said can cause confusion, and that dependencies such as being available only on Windows 11 with Windows Subsystem for Android, should be made clear.

The developer, Simone Franco, appears to now have resolved all the issues, with the app now publicly listed in the Store.

The app description, which includes the requisite large number of disclaimers, reads:

WSATools is a simple apk installer for Windows 11’s Subsystem for Android, designed to be intuitive and to make the user instantly feel at home.

– Explorer integration for APK files: double click and press install!
– APK installation made easy: just a click away.
– No need to install ADB and know its commands. WSATools takes care of everything!
– If you already have the platform-tools package in your path, it will use that one!
– More features coming soon!

Disclaimer 2 – The Return: The Android robot in the app icon is reproduced or modified from work created and shared by Google and used according to terms described in the Creative Commons 3.0 Attribution License.

The app can now be found in the Microsoft Store here. 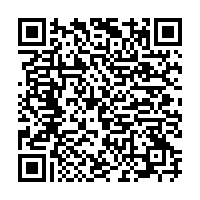