WhatsApp’s “Status” feature just got a big update today. Typically, the feature which used to be limited to text only has now been updated to incorporate video and picture statuses in recognition of modern trends.

In their blog post, the firm announced that “Starting today, we are rolling out an update to status, which allows you to share photos and videos with your friends and contacts on WhatsApp in an easy and secure way. Yes, even your status updates are end-to-end encrypted.”

Windows phone beta users have already seen glimpses of it in the past, with some functionality of the new and updated “status” feature already having been available to testers.

This new Status feature closely apes Instagram and Snapchat stories in implementation and is part of Facebook’s seeming mission to take down Snapchat by subsuming and offering all its features to its own much broader user base.

WhatsAapp is also testing a new message recall feature – which hasn’t been announced yet but we assume will be coming later. This one allows users to recall texts that have been sent but not seen – providing more privacy for users who accidentally send messages to the wrong person.

The update is rolling out for Windows, iOS and Android users from today and should be available in all the relevant app stores soon.

You can download WhatsApp for Windows Phone from the store link here: 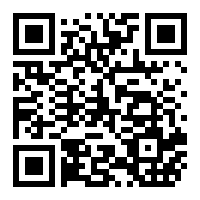