Pokémon Go is the biggest thing out right now, causing traffic jams, unfortunate robberies, and even the occasional breakup. The ability to catch Pokémon in the real world has been every childs dream since the adventures of Ash Ketchum, Misty, Brock and the initial 151 Pokemon. The “augmented reality” only helps to bring the idea to life that much more, but your phone’s camera can only be of so much use (when you actually pull it out to use it). Luckily augmented reality is the specialty of Microsoft’s HoloLens handset, and a group of developers have imagined a world where humans and Pokémon can live side by side, no smartphone necessary, and caught it all on video.

Now this is in no conjunction with Nintendo, but rather just a proof of concept. Upon receiving their HoloLens headset, the developers created the video in a single day, bringing to life the very idea that Microsoft CEO Satya Nadella said would be a good idea.

“We were actually amazed how easy it is to launch an app for this device and create and optimize the mechanics and interaction,” says David Robustelli, Head of Digital at CapitolaVR, the company behind this demo, via email correspondence. “The build was created in Unity with the HoloLens SDK.”

The user looks around the room and pinches his or her finger to throw a pokeball at Pokémon, and the little critters even run around, interacting with objects in the real world.

“For now the Pokemon are randomly generated within a mapped environment,” elaborates Robustelli. “We are now focusing on how to use different gestures for specific interactions. For example, like opening your inventory or activating your map and zooming in and tilting your map. The thing is there is a huge amount of possibilities that are unexplored and which could work for games like these. A more challenging thing is how to access the Google Maps API and enabling it within a running app. But I’m sure that in the upcoming years when more and more people are developing for this hardware also more things will be standard to use in tools and apps.”

Check out the video below, and let us know what you think in the comments section. 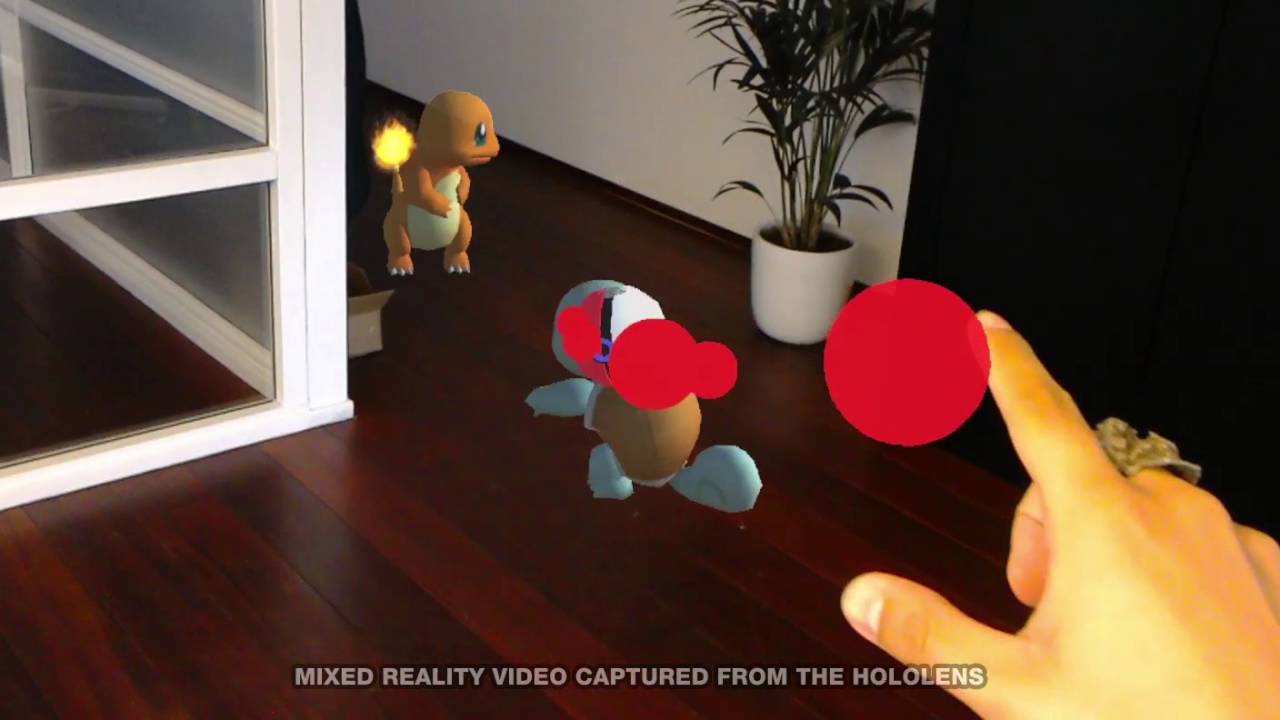